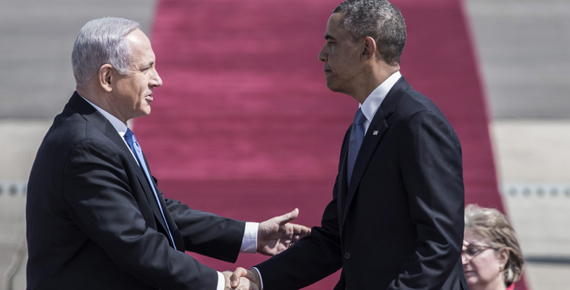 The irony of the fate is that President of the United States Barack Obama had to broker Israels or the Israeli Prime Minister Benjamin Netanyahus defeat to Turkey in the Middle East - though he could not wrestle with Israel in Washington.

During a trip to Washington after the Mavi Marmara incident, I had a quite interesting discussion with a so-called Turkey-Egypt expert. “Do you think that you could defeat Israel in this city?” he asked excitedly and cynically. “I don’t think we have a problem about whether or not to defeat Israel in this city. For all I know, this is a big test for America and whether or not they pass this exam is Americans’ problem,” I replied.

The irony of the fate is that President of the United States Barack Obama had to broker Israel’s or the Israeli Prime Minister Benjamin Netanyahu’s defeat to Turkey in the Middle East – though he could not wrestle with Israel in Washington. Turkey, considering that “ the matter was America’s own business” said “fair enough”, but instead concentrated on for Israel to meet her demands.

The expert I mentioned above, in reality, is a quite common proto-type. This proto-type, to phrase it correctly, is representative of “old Turkey and Egypt” experts, just like his counterparts in Turkey. Since there has remained no trace of the old Turkey and since the new Egypt and the Middle East have started to take form, they went into a deep panic and sorrow. Their self-fulfilling expertise, which they comfortably maintained for years, went by the board substantially. They are not only unfamiliar with the new actors and equations but also suffer, in the Washington-Tel Aviv line, from mental chains born out of the discourse they developed to prevent the things happening now.

For years, they have voiced the thesis, as if it is geopolitics; “If you wish to speak with the Middle East, you should have an interpreter from Washington; or, if you want to speak with Washington, you should have an interpreter from Tel Aviv”. After Turkey said “No” to the Iraq resolution in 2003, they claimed that Turkey came to a deadlock, which has been proven wrong, however, at almost every breaking-point in the last decade. Having an intellectual depth as shallow as travel guides and lacking historic, sociological and geopolitical knowledge, these “old Turkey and Egypt experts” presumed that Turkey is just a bridge country. The only surprising thing with these minds is their self-confidence. Their deep convictions; stemming mostly because of communicating only among themselves and being able to converse in English, have been totally confused by the dissociation of the status quo both in Turkey and in the region in the last five or six years. Whatever they have magnified about Israel in their leftist, secular, leftist-nationalist and rightist conservative minds, have been smashed to smithereens by the new actors whom they despise.

When Turkey broke off relations with Israel and announced her terms, these experts kept saying what a deadly mistake Turkey had made. As Israel apologized with regret and came to terms with Turkey’s demands, they voiced, rather than admiring Turkey, almost how magnanimous Israel was by taking such a strategic step. In fact, one should see the fact that Israel had no other agenda but spreading its physical occupation in the Palestinian land, and under all variety of headings from Lebanon to Gaza, from the Arab revolts to Turkey, it receded despite the unlimited US support.

Everything has almost entirely changed in the Middle East since the severing of the Turkish-Israeli relations, which were strained by HAMAS’ visit to Ankara in 2006, and reached a breaking-point when Israel attacked the Golan Heights in the middle of the Syrian-Israeli talks for the Golan Heights in 2008, freezing