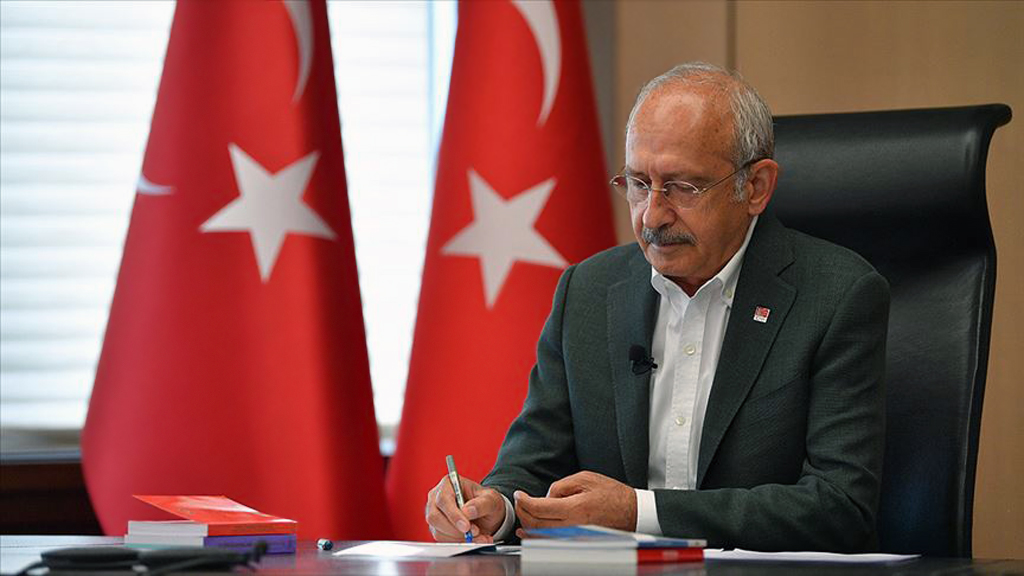 The Republican People’s Party (CHP) chairman Kemal Kılıçdaroğlu has been claiming for weeks that the Turkish government intended to “incite street protests in order to declare a state of emergency.”

The Republican People’s Party (CHP) chairman Kemal Kılıçdaroğlu has been claiming for weeks that the Turkish government intended to “incite street protests in order to declare a state of emergency.” Following the dismissal of three parliamentarians from the Grand National Assembly, he doubled down on his claim, indirectly rejecting a call for coordinated action by the Peoples’ Democratic Party (HDP) and a proposed march from Hakkari and Edirne to the capital Ankara. At the same time, Kılıçdaroğlu openly turned down a request from his own party’s radical wing for a new “march for justice” based on the following reasoning: According to the CHP chairman, President Recep Tayyip Erdoğan “wants to push the opposition to the streets and render it vulnerable to acts of provocation” in order to “build his policy around those tensions.” He urged CHP members to “avoid that trap” and “foil Erdoğan’s plan.”

This is indeed the kind of cunning that comes as second nature to Kılıçdaroğlu. He accuses the government of plotting against the opposition to keep his own party’s radical wing under control and to reject the HDP’s demands. The CHP chairman’s latest claims about an imminent state of emergency are highly securitizing. Although governments tend to be charged with securitization, Kılıçdaroğlu’s move demonstrates how Turkey’s opposition movements engage in reverse securitization.

That securitizing language not only fuels anti-Erdoğan sentiment but also aims to help the CHP reap all the benefits of escalation. Thus denying “democratic support” to the HDP, the main opposition party does not risk alienating the nationalist Good Party (IP). By warning them of Erdoğan’s alleged plot against his political opponents, Kılıçdaroğlu prevents potential acts of violence by CHP and HDP radicals. He also refuses to support the HDP, which wants to break its isolation, because that engagement would raise questions about the CHP leadership’s own values. Critics of Kılıçdaroğlu’s inaction, however, urge CHP parliamentarians to attend the HDP’s march to avoid the alleged risks involved in mass demonstrations.

The HDP leadership decided to organize marches from Edirne and Hakkari to the capital Ankara following the arrests of two parliamentarians. In light of Kılıçdaroğlu’s warning, the party announced that the march would take place in stages and take the form of political meetings. Pervin Buldan, the HDP’s co-chairwoman, told reporters that “we also take into consideration the possibility of provocations” and denied that the party was “taking to the streets.”

Ignore all the chatter about drawing inspiration from the George Floyd riots in the United States. The HDP is the last political party in Turkey to possibly benefit from street protests. The memory of HDP’s violent actions on the streets is still fresh. Armed militants, incited by then-HDP chairman Selahattin Demirtaş, killed dozens of innocent people on Oct. 6-8, 2014. HDP-controlled municipalities actively supported the terrorist organization PKK’s “trench revolts” and other acts of violence to harm Turkey’s Kurds. HDP voters deny their leaders any option other than the ballot box. Kurdish nationalists are still blamed for ending the reconciliation process by spilling blood in southeastern Turkey.

Ironically, the main opposition CHP reaps the benefits of HDP’s marginalization – even though the latter’s senior leaders deny serving as “reserves” and accuse CHP officials of “refusing to talk about HDP members out of fear.” The HDP, which is the Turkish Parliament’s third-largest member, cannot seem to make as much of an impact as the MHP and the IP – or even the newly formed fringe parties – with no election in sight.

The obvious reason behind the HDP’s marginalization is its failure to distance itself from the PKK’s acts of terrorism and its inability to liberate itself from the yoke of terrorist leaders holed up in the Qandil mountains. The organic ties between the HDP and the PKK, which Turkey has been fighting at home as well as in neighboring Iraq and Syria, would warrant the party’s formal closure. It took much less evidence for Spain to shut down Batasuna over its links to ETA terrorism. Attending terrorists’ funerals, using municipal vehicles to dig “trenches,” donating money to a terrorist organization, bragging about “resting one’s back against the PKK/YPG” and telling reporters that “there will be new members of the guerrilla and more wars as long as the Kurdish question persists” all fall outside the limits of democracy. That’s why even the HDP’s election-time allies cannot cooperate with it or assign the party a seat at their table today. The HDP has dragged itself into a form of marginalization, which only makes it visible around elections, and there seems to be no way out of that mess.

Recent Developments and Turkey’s Position in Libya
Next
Loading...
Loading...
We use cookies to ensure that we give you the best experience on our website. If you continue to use this site we will assume that you are happy with it.Ok