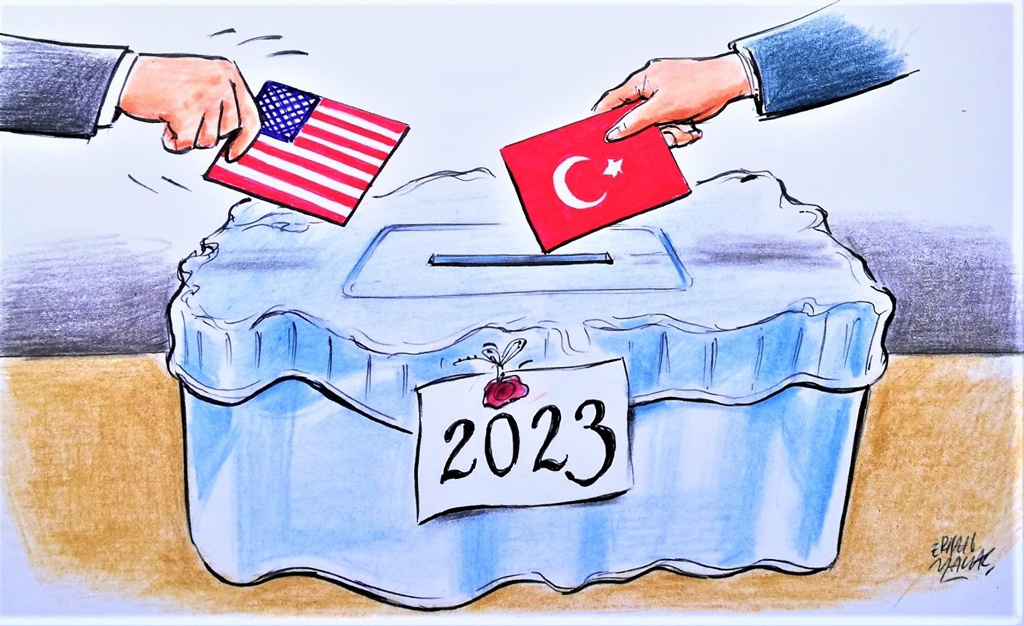 Turkey’s 2023 elections, which will take place on the republic’s centennial, will be the most critical election in the history of Turkish democracy. You may disagree with that statement, recalling that past elections have been described the same way. You may add that commentators have talked about “historic” elections countless times since 2013.

Turkey’s 2023 elections, which will take place on the republic’s centennial, will be the most critical election in the history of Turkish democracy. You may disagree with that statement, recalling that past elections have been described the same way. You may add that commentators have talked about “historic” elections countless times since 2013.

For the record, you would be absolutely right. Turkey experienced a tense decade in politics and consumed every possible statement. The country has seen so much.

The Gezi Park riots, the judicial coup attempt, the July 15 coup attempt, the transition to presidentialism, the war on terror, such as against the Gülenist Terror Group (FETÖ), Daesh and the PKK, military incursions into Syria and Iraq and bold moves in Libya, Nagorno-Karabakh and the Eastern Mediterranean immediately come to mind.

Keeping all those developments in mind, I still posit that the 2023 election will be the most critical vote in Turkey’s history. I will provide a list of reasons. You be the judge.

First, the Turkish people will elect a leader and political parties that will mold the republic’s second century. At the same time, we will decide whether Turkey should remain committed to raising its international profile.

In other words, we will choose between consolidating the foreign policy moves of the past six years or giving up on Turkish national objectives and ambitions in the name of conformity.

Secondly, the 2023 election will be an exceptional event, because President Recep Tayyip Erdoğan, the ruling Justice and Development Party’s (AK Party) charismatic leader, will run for office one last time – after two decades in power.

Will the president, who never lost an election, end his career with one final victory? Or will the opposition, which will do everything in its power to defeat him, succeed in the end?

The third point is that the Turkish people will decide whether to consolidate the presidential system or to start a transition to the parliamentary system – as the opposition asks.

Moreover, we can already tell that the competition between Erdoğan, who remains undefeated, and the opposition, which has been emboldened by its victory in Istanbul, will be intense.

Turkey’s opposition leaders, who have talked about early elections, electoral alliances and potential candidates nonstop since the summer of 2019, have created the longest campaign period in history.

The coronavirus pandemic and its negative impact on the Turkish economy, too, distinguish the 2023 election from past contests. If the vaccination drive succeeds and the country can normalize quickly, those developments will serve the ruling party’s interests.

The opposition, in contrast, stands to benefit from an election before the pandemic ends.

The fifth point is that Turkey will hold elections while a United States president who pledged to work with the opposition to defeat Erdoğan in 2023 is in the White House.

The “democracy and human rights” discourse, which did not apply to Israel, may become the basis of an organized “alliance of friends” when it comes to Turkey.

Past elections in the U.S., the U.K. and Germany have shown that foreign players may use certain algorithms to meddle in nations’ internal affairs. There is plenty of manipulation in the digital universe and social media.

Last but not least, the anti-Turkey and anti-Erdoğan campaign in the international media suggests that voters may not decide who will govern their country after 2023.

It must be the top priority of all politicians to ensure that Turkey, an island of stability in the region, gets to exercise its free will without interruption.

Most recently, Turkey’s opposition parties have been talking about the 1990s. That debate plays out in two ways to criticize the AK Party government. Some people accuse the ruling party of “bringing back the darkness of the 1990s.”

Others say that “the 1990s were better than this.” From my perspective, that discussion is futile. The younger generation learns about that period from their readings. Older people, however, remember the 1990s well enough not to buy into any of that nonsense.

The opposition’s real focus, however, will be the transition and coalition-building. Main opposition Republican People’s Party (CHP) Chairperson Kemal Kılıçdaroğlu, who talks about his potential presidential bid more and more often, promotes a transition period with reference to “the constituent assembly.”

He dreams of presenting a comprehensive and inclusive coalition as an “alliance of democracy.” The symbol of the Hacı Bayram Mosque is not enough to cover up his negative approach to politics, which is rooted in anti-Erdoğanism.

We do not know what those political parties, with their conflicting views, envision for Turkey. Will the potential transition period lead to a single-party government under the CHP? Or will Turkey’s national interest be placed at risk to please their friends?

Palestinian resistance's latest message to the world
Next
Loading...
Loading...
We use cookies to ensure that we give you the best experience on our website. If you continue to use this site we will assume that you are happy with it.Ok