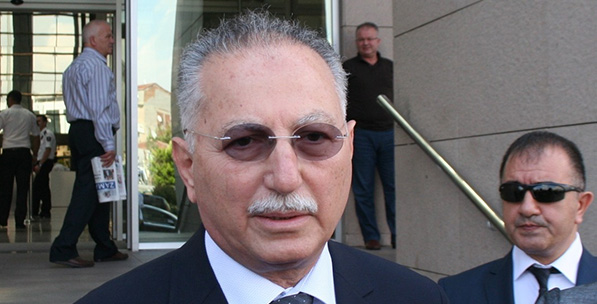 Could the İhsanoğlu Campaign Succeed?

İhsanoğlu comes from a place in Turkish politics that neither MHP nor CHP voters can easily identify with.

Ever since the Republican People’s Party (CHP) and the Nationalist Movement Party (MHP) formally nominated Ekmeleddin İhsanoğlu for president, public debate has centered on whether or not the candidate will be able to prevent Prime Minister Recep Tayyip Erdoğan from winning the election, which seems to be the only thing his nomination aims at. The joint candidate’s main objective has been to deny the Justice and Development Party (AK Party) campaign a first-round victory and proceed on to a win the second round. In this context, a victory for Mr. İhsanoğlu requires a strong turnout from CHP and MHP voters, support from fringe parties and, if possible, a sizeable number of AK Party supporters to join opposition ranks.

Let us first see how well Mr. İhsanoğlu has mobilized opposition voters thus far. To begin with, we must keep in mind that the joint candidate, whomever he/she may be, would have the potential to appeal to the majority of opposition voters. It is important, therefore, to analyze Mr. İhsanoğlu’s suitability with an eye on other alternatives.

Almost all public figures whose name has come up at some point during the search for a joint candidate had a centrist or center-right background. İhsanoğlu, by contrast, comes from a place in Turkish politics that neither MHP nor CHP voters can easily identify with. In describing the candidate, it is almost impossible to not mention the word “Islam” in each sentence. He does, therefore, have a smaller chance of mobilizing the opposition base compared to other potential candidates. The fact that CHP members at the grassroots level and within the party organization began voicing complaints immediately after İhsanoğlu’s nomination attested to this phenomenon.

Opinion polls by ORC and SONAR published last week also indicate that CHP voters will have a hard time warming up to their presidential candidate. Studies show that 85 percent of CHP supporters had a negative opinion of Mr. İhsanoğlu, while his approval level among MHP voters remains at 75 percent. Pointing to a lack of consensus among opposition voters regarding the İhsanoğlu campaign, the figures suggest that persuading the opposition base might prove to be quite challenging for Mr. İhsanoğlu.

And would AK Party voters lend their support to the opposition candidate? The key aspect of how AK Party supporters view İhsanoğlu’s candidacy is that he clinched the nomination as part of a political engineering project. The emergence of a joint presidential candidate represents the latest attempt to hinder the influence of Erdoğan and his party over the political system and to sever their ties with the general population.

İhsanoğlu, by virtue of accepting the nomination, became part and parcel of the political engineering project. Having brushed aside the surge of stories, documents and allegations against the AK Party ahead of the March 30 local elections as an attempt to overthrow the government and a politically-motivated operation, the ruling party’s voter base will turn a blind eye to the opposition singing praises to İhsanoğlu and prove the ongoing attempt to push Erdoğan out of national politics is futile.

Furthermore, İhsanoğlu’s reputation as a man with little distance from the AK Party’s value system might prove influential over the ruling party’s supporters in evaluating the İhsanoğlu campaign. Considering that İhsanoğlu’s father was a close companion of Mehmet Akif Ersoy and a victim of the CHP’s single-party rule, while İhsanoğlu himself occupied bureaucratic posts under the AK Party administration, the ruling party’s supporters feel anger toward the opposition candidate for becoming part of an opposition project that represents little except hostility toward the AK Party and Erdoğan. This rage will ostensibly work to bolster their sense of belonging and therefore severely limit İhsanoğlu’s chances of converting AK Party supporters on the campaign trail.

The Last Chance For a United Cyprus: Negotiations for a Federal Solution
Previous
Syria as "A Wicked Problem"
Next
Loading...
Loading...
We use cookies to ensure that we give you the best experience on our website. If you continue to use this site we will assume that you are happy with it.Ok