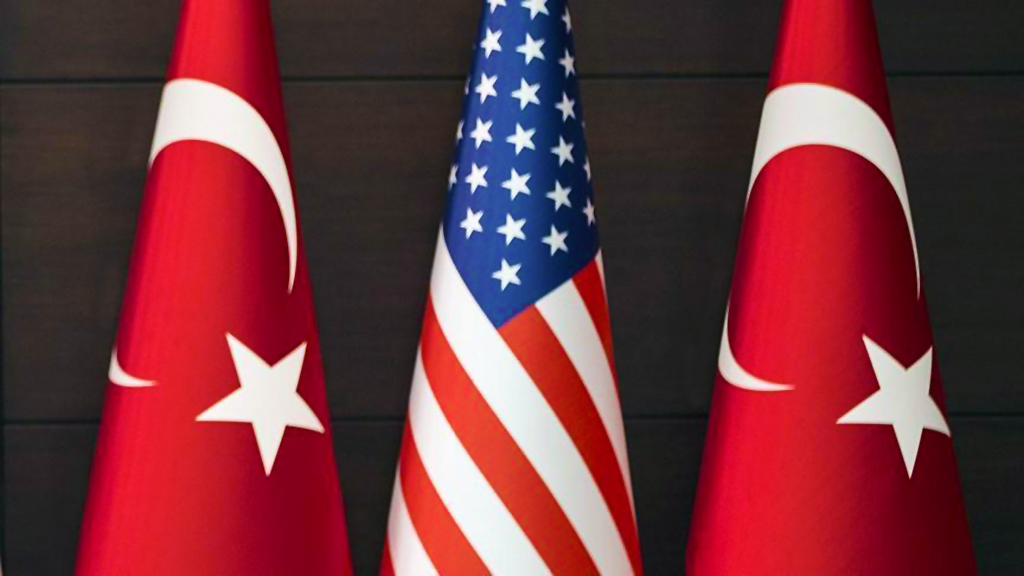 Continuity of partnership between Turkey and the US needs determination

Who will control the armed and trained YPG members is a key question that follows the U.S.'s announcement that it intends to withdraw from the region

President Donald Trump and President Recep Tayyip Erdoğan had one more telephone meeting last week, a second one within the last one month. It is obvious that Turkish-American relations are going through one of the most difficult periods of its history. After observing this fallout in relations in the last few months, some members of the U.S. administration tried to mend the ties and fix bilateral relations between the two countries.

Since the Afrin operation the urgency of this situation rose dramatically. The visits of former National Security Adviser H.R. McMaster and former Secretary of State Rex Tillerson were considered an important first step. The mechanisms the two countries decided to establish started to work to resolve the disputes. However this process of improving relations did not take place as smoothly as it was hoped to be. First of all, there were changes in the administration. Both Tillerson and McMaster lost their positions. Both of them have expressed their willingness to mend ties with Turkey during their visits. After these changes there have been questions in Turkey whether the decision to mend ties with Turkey and the process itself will continue or not. The scheduled meeting between foreign ministers was canceled but the meetings took place at the undersecretary level last week. Both bureaucracies continued their attempts to find a solution for these problems.

In the meantime, the phone talks between the presidents of the two countries signaled the determination to continue the strategic partnership between the two countries. It has been speculated since these phone conversations that the main issue of these talks will be the People’s Protection Units (YPG)-U.S. cooperation in Syria and Turkey’s Afrin operation. The second challenge for this process has been the statements from the U.S. commanders in Syria. During the busy days of diplomacy in the two countries, the commanders from Manbij time and again expressed their determination to stay in Manbij and work with the YPG. Gen. Joseph Votel’s statements during those days also underlined the ties between YPG and U.S. forces. As the two countries continue to work within the determined mechanisms, this time another message came from the commanders on the ground in regard to their frustration from the White House and Turkey’s operation in Manbij.

In a long story published by NBC last Saturday, the commanders one more time praised their “partners” on the ground and expressed the necessity to continue to work with the YPG. In this sense they were not only critical and concerned about the ongoing negotiations between Turkey and the U.S. but also revealed the ties between YPG and U.S. forces. These types of messages pose significant risks for the future of bilateral relations, as it could possibly generate a greater lack of trust between the NATO allies. With the absence of any strategic approach, Turkey is concerned with the possibility of the continuation of the current state of affairs, in which the operations and tactics shape the foreign policy of Turkey. These statements also generate major reactions at the public level and make negotiations with the U.S. more challenging for politicians.

Finally, one last thing that made a significant impact on the Turkish-U.S. relations are President Trump’s statements in Ohio. Trump in this speech signaled that the U.S. may withdraw from Syria very soon. This statement also brings more question marks in regard to the U.S.’ intentions in the region. There is no publicized exit strategy and it is not clear what will be the conditions of the withdrawal. What will become of the armed and trained YPG members? Who will collect the arms and weapons and who will control the possible fallout in the region? These questions do not have any answers and a lack of an answer brings may bring about a serious strain on bilateral questions.

All of these three reasons generates concern among the Turkish side in regard to the future of negotiations and whether there will be a decisiveness for fixing relations with Turkey. Turkey at this point is waiting to see the changes in the administration. Officials in Ankara are hoping for the continuation of the same foreign policies with new members in critical positions. Ankara is also expecting civilians in Washington to step up their control of the military on the ground in Syria. Finally, Ankara is also expecting a clarification on President Trump’s statements. The future of the relations will depend on these expectations and their fulfillment.

Could the US withdraw from Syria?
Previous