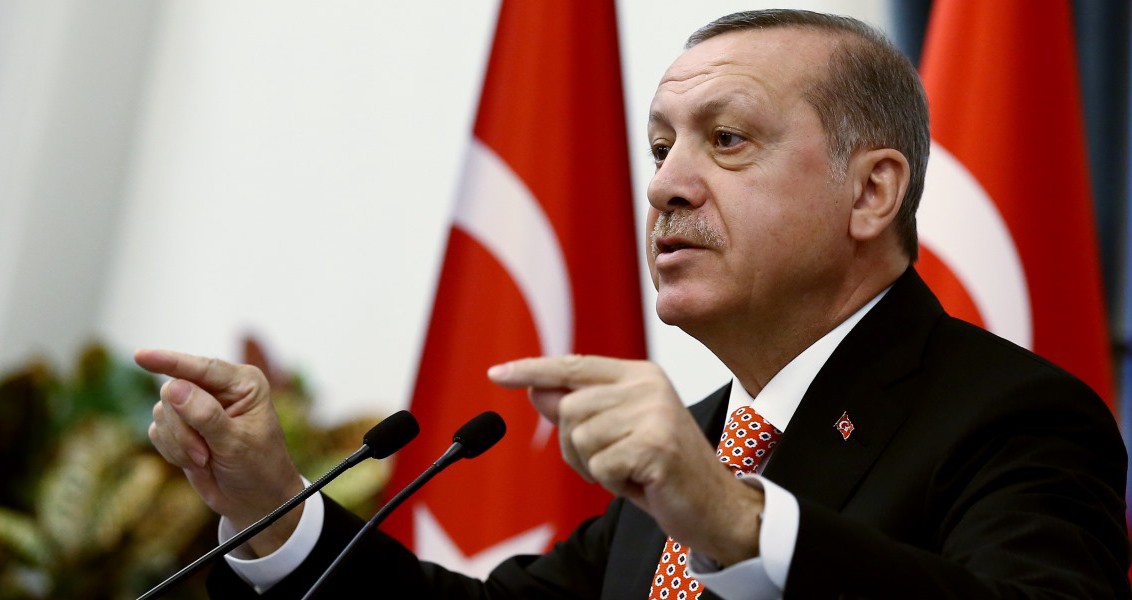 Codes of Erdoğan’s US Expedition

Erdoğan stepped on U.S. soil with refreshed confidence of a democratic leader enjoying unwavering political and social support after a heinous coup attempt

President Erdoğan has paid numerous official visits to the U.S. throughout his political career as mayor, prime minister and president, but his latest visit this week was arguably the most critical.

As the president headed to New York for the U.N. Conference on Refugees as a special invitee, the sensitive timing in the aftermath of the failed coup attempt rightly turned the visit into a real political expedition. After all, this was Erdoğan’s first visit to the U.S. following the abortive coup attempt perpetrated by the adherents of the Gülenist Terror Group (FETÖ), the head of which continues to reside in Pennsylvania under protected conditions. At a time when anti-Americanism peaked in Turkish society due to the role of FETÖ in the coup, the indifference of the Obama administration toward the coup and the reluctance to adhere to Turkey’s demands for Gülen’s extradition, as well as diverging strategies in Syria, tensions were running high. As such, Erdoğan’s historic St Petersburg Summit and rapprochement with Moscow were enough to kick start conventional axis-shift debates in foreign policy circles.

Erdoğan stepped on U.S. soil carrying refreshed confidence of a democratic leader enjoying unwavering political and social support after a heinous coup attempt. His post July 15 confidence was clearly visible in the critical statements that he used in the U.N. General Assembly, bilateral meetings with the U.S. delegation and world leaders, as well as roundtable speeches made with the representatives of the diplomatic community, global entrepreneurs, think tanks, media and NGO’s.

After all, Erdoğan was standing in front of America and the world as a political leader who had just emerged victorious from an existential war against an unconventional junta enjoying veiled Western support. He was also proud to represent a country that is hosting the largest number of refugees in the world with 3 million guests and a post-coup army that conducted the hugely successful Operation Euphrates Shield in northern Syria against DAESH to create a safe zone. Not surprisingly, his speech at the U.N. General Assembly was a true manifesto that thoroughly questioned the archaic and restrictive nature of the Security Council based on five permanent members via the motto “the world is larger than five.” Yet his critique and proposals for structural reform at the Security Council were not easy to be discarded by the West as populist outcries as these were coming from the leader of a credible NATO member and European ally standing on the forefront of major global issues such as fighting terrorism and dealing with the refugee crisis. Given his vast political backing at home, these proposals carried considerable political legitimacy and credibility along with his calls for a more equitable and egalitarian world economic system based on inclusive development.

During the critical meeting with the U.S. delegation led by Joe Biden, Turkey’s insistence on the swift extradition of Gülen and latest disagreements between the sides in the Syrian war theater expectedly dominated the proceedings. Erdoğan, as ever, was frank in expressing that Turkey was disappointed with the open Congressional and media support given to fugitive Gülen in the U.S. and expected a positive attitude leading to his extradition, rather than cold judicial pretexts. He also bluntly expressed Turkey’s unease with the substantial military and logistical support given to the People’s Protection Units (YPG) by the Americans, disclosing critical information such as two U.S. military planes full of ammunition landing in Kobani just two days ago.

In the post July 15 conjuncture, American diplomatic and business communities as well as opinion makers seem to be convinced that Erdoğan is here to stay for a considerable time period; therefore, high-level interest in roundtable meetings with the president was at unprecedented levels. The special dinner with Erdoğan organized by SETA hosted key members of the diplomatic/think tank community including Elizabeth Ferris, Kimberly Kagan, Mark Kimmitt, Zalmay Khalilzad, Wendy Chamberlin and Heather Conley. On the business side, the special roundtable hosted by the President of Bloomberg, Michael Bloomberg, had top executives of global banks and investment funds controlling a capital stock around $4 trillion in attendance, including such figures as Henry Kissinger and James Rothschild.

U.S.-Turkey relations are bound to evolve toward a more balanced format in the medium term and this expedition might just be the start of the transformation.

American Decline and American Elections
Next
Loading...
Loading...
We use cookies to ensure that we give you the best experience on our website. If you continue to use this site we will assume that you are happy with it.Ok