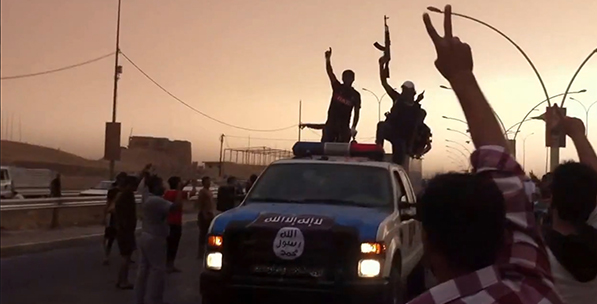 Chronicle of a Disaster Foretold

The U.S. is seriously considering taking action against ISIS now even though the chaos in Syria and Iraq could have been avoided if the U.S. had taken action in the first place.

Gabriel Garcia Marquez’s “Chronicle of Death Foretold” is a story of the murder of Santiago Nasar by the Vicario twins. In the story, almost everyone in the town knew that the Vicario twins were looking to kill Santiago Nasar. Although many people heard about the plan, they do not try to stop the twins nor inform Santiago Nasar, because either they didn’t believe it or they did not care. There is even a chance that some people did not warn Santiago Nasar because they wanted him dead.It is a chronicle of murder that was known about, with signals and a series of heads ups, but yet most of the people did not bother to stop it.

The story of ISIS and the increasing degree of destabilization in Syria and Iraq is very similar to the story of the murder of Santiago Nasar.
Almost every observer of regional politics has written about the potential consequences of inaction in Syria, the possible spread of the conflict to neighboring countries, and the destabilizing effect it would have on Iraq. Many analysts also wrote how Syria could become a failed state and a breeding ground for illicit and extremist groups. Most of the countries neighboring Syria warned the international community in regards to the humanitarian disaster that may occur in the region. Despite all these warnings, projections and calls for action, the international community failed to stop the crimes of the Assad regime and watched as Syria unfolded and continues to unfold.

Every nightmarish scenario put forward by the pessimistic scholars and observers gradually came true. Just as predicted, Assad continued to attack city centers with SCUD missiles and barrel bombs, committing crimes against humanity. He even used chemical weapons, which was considered a red line not only by U.S. President Barack Obama but also by the international community at large. The number of people who have been killed has now reached hundreds of thousands.

Now after just watching the tragedy of the Syrian people, the international community is waking up to the consequences of the crisis in Syria. The rise of ISIS and the increasing strength of this group in both Syria and Iraq only began to attract the attention of people with the capture of Mosul. The rise of ISIS in Iraq has forced the U.S. to make limited military strikes against the group. After the murder of two American journalists and increasing debates about the foreign fighters within ISIS, now the international community is trying to come up with an action plan under the leadership of the U.S. However, the final goal of the action seems murky and it is not clear what kind of an international coalition will emerge and which strategies they will follow to reach their goals. According to the leaked reports, the U.S. devised plan will be a comprehensive and long term one to defeat ISIS with three different steps of air strikes on ISIS targets, gaining the support of Sunni groups through the formation of a more inclusive government in Iraq and finally with attacks on the Syrian strongholds of ISIS. It was argued that the strategy could take place over more than three years and it could even remain a problem for the next U.S. president. However, so far, this long term plan has few details on how to stop the recruitment mechanisms and financial infrastructure of ISIS and how to deal with the organization if it starts attacking targets outside of Iraq and Syria.

Under these circumstances, President Obama announced in his address to the nation on Wednesday. Since the eruption of the Syrian conflict, the statements of President Obama on Syria were mostly not followed with actions.

His statements of “Assad must go” and “red line” have already disappointed many and the expectations of the U.S. has already been lowered.
The constant emphasis on “no American boots on the ground” and his most frequently repeated statement of “there is no military solution” has already confused U.S. allies in the region.

The Question of Muslim Nationalism
Previous