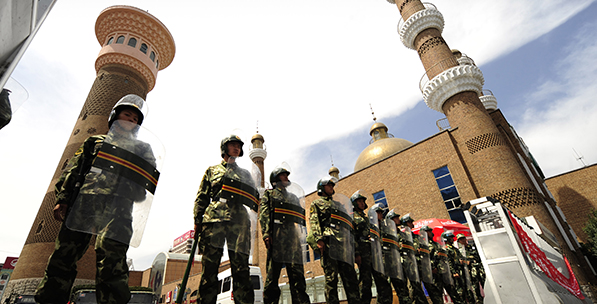 Despite all of its efforts to launch an active integration with the West, China's bad reputation regarding its treatment to the Muslim community in the Xinjiang Region grows bolder.

Since the launch of its comprehensive economic liberalization drive in the 1980s, China has been steadily moving toward increased political, economic and social integration with the global system. Politically, the mood of engagement and integration was reflected in its high-profile presence and participation in global governance platforms and the pursuit of proactive diplomacy to form new networks, partnerships and alliances across the globe. Socially, a global charm offensive was launched to reflect a tolerant and positive image of Confucian culture, which arguably facilitated the formation of diplomatic, economic and social cooperation with other countries. This move was especially important to constitute a socio-psychological ground for the outward push of Chinese direct investment into different regions such as the Middle East, Sub-Saharan Africa and Latin America.

In this context, over the course of the last decade there was a systematic and multidimensional attempt to portray a friendly image of China vis-a-vis its relationships with the Muslim world. China was able to use anti-imperialist jargon to criticize the Western world for all its historical crimes in Muslim regions to gain access to the current political regimes. This rhetoric was complemented with economic sweeteners such as generous credit and infrastructure support arrangements, foreign aid schemes, oil contracts and international trade agreements. Moreover, institutionalized links were formed with the institutions representing Muslim countries such as the Organization of Islamic Cooperation (OIC) and the Arab League along with an academic endeavor that underlined the historical roots of cordial relations between China and the Muslim world via numerous meetings. The project to establish the image of China as a global actor with no imperialist agenda and “good intensions” toward the Muslim world proceeded in full force, reminiscent of the similar charm offensive of the Germans toward the caliphate and the Muslim world at the beginning of the 20th century.Crucially, China’s return to the global political stage did not happen on the basis of a systematic and widely applicable politico-economic value system, i.e., liberal democracy or Soviet socialism. Therefore, maintaining the principle of “non-interference in domestic affairs” in relations with the Muslim world provided a pragmatic pretext for China to maintain cordial international relations without radically altering its undemocratic practices toward some elements of the Muslim community within its own borders. It is well documented that the Hue Muslim community of ethnic Chinese whose roots reach to early contacts with Muslim merchants maintain a relatively peaceful life across different regions of China. But when it comes to the Turkic Muslim community in the Xinjiang Uighur Autonomous Region in northwest China, what one observes is a murky and displeasing picture in terms of the lack of fundamental human rights and liberties. Despite the rhetoric of political liberalization and opening, the Chinese government has continued to categorically identify the Uighur community as a source of a fundamental threat to national security and applies harsh measures of so-called counter-terrorism along with unacceptable practices such as placing a ban on fasting during the holy month of Ramadan. In the meantime, various Muslim countries including Turkey expressed their concern and offered humanitarian support for the Uighur community under stress, extending citizenship to hundreds in the process.

Needless to say that China today is a major global power and there are no corresponding global powers that will take the risks of warning Beijing of its oppressive tactics against its own citizens. However, analysts observing China’s charm offensive toward the Muslim world should remind Beijing that the plight of the Uighur community, especially during Ramadan, is being watched nervously from the Muslim world, raising tensions and emotional reactions against China. Authoritarian measures will only feed r

Turkey and the U.S.: The Longest Two Years of the Relations
Previous