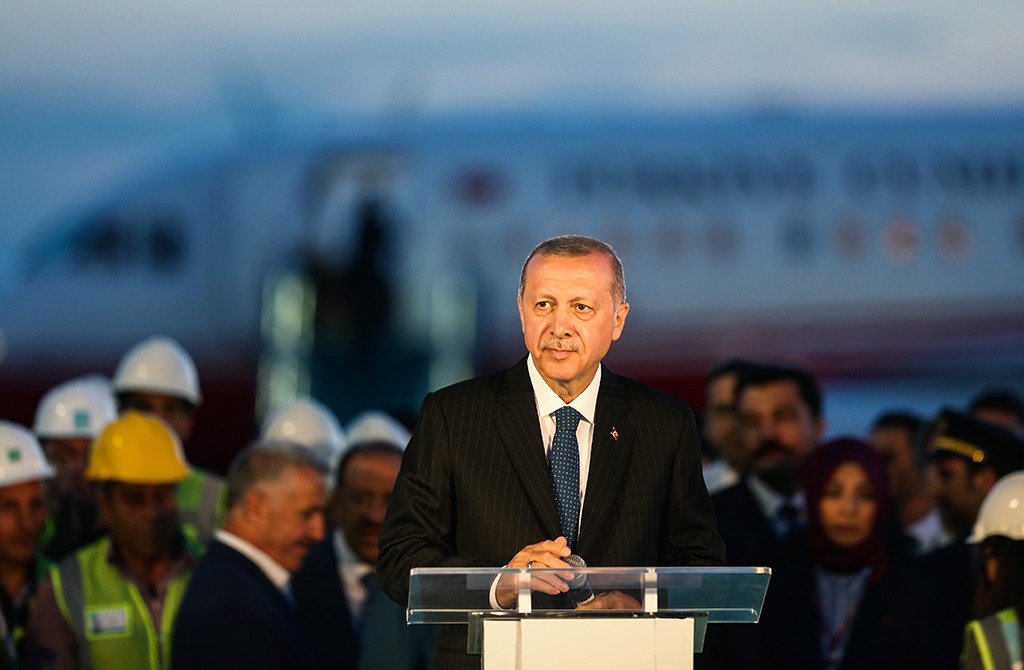 Too busy trying to make Erdoğan fail, the Western media are running in contradiction with Turkey's sociology

Why does Erdoğan keep winning? This is the most popular question associated with Turkey’s politics. When posed like this, it is actually very easy to answer this question. Erdoğan keeps winning because Erdoğan keeps tabs on the pulse of the people and fulfills his promises. He listens to the people and succeeds. He is transparent in his relations with the public and voters.

Erdoğan is a name that has come forward as a strong and charismatic leader at a time where there is a leadership crisis both globally and regionally. Erdoğan’s power and charisma came to gradually be augmented by experience and political capabilities. This progressively strengthened Erdoğan in the face of his opponents.

However, the justification behind the question is different. What is actually questioned here is why can’t others succeed as Erdoğan has? Unfortunately, those who look at Turkey from the West ignore the fact that they have to analyze the socio-political reality of Turkey to find the answer. Instead, they take up a clear position against the last five elections that have happened in Turkey and embark on a serious effort to strengthen the front against Erdoğan.

Mainstream Western media has been conducting propaganda for the need for regime change in Turkey for the past five years. For this reason, they support and try to embolden whoever comes up against Erdoğan. They go after ideology, not sociology. With this as the reality, the question “why does Erdoğan keep winning and his opponents keep losing?” goes no further than being rhetoric and simple grumbling.

This time around, there is great expectation among Western media that Muharrem İnce will succeed. Yes, the ones who create this expectation and enlarge him are those among Western media outlets rather than the Republican People’s Party (CHP) that declared İnce their candidate. For the past five elections, Western media has continually alleged the same thing: “Erdoğan is weakening, this time there is a strong candidate facing Erdoğan!” The name of this candidate kept changing.

While busy trying to make Erdoğan fail, the Western media is running in contradiction to Turkey’s sociology. This in turn causes an anti-Western cultural reflex among people in Turkey. However, Erdoğan is a political actor that was able to smooth out anti-Western ideology among Turkey’s public after coming to power. Since the day he came to power, Erdoğan has been a leader that has acted with the belief that a Turkey with good relations with the West is a Turkey that will be stronger and more efficient.

However, the same Erdoğan has also stated since 2002 that a one-sided relationship of dependency with the West is detrimental to the interests of the country and thus has engaged in efforts to overcome this one-sided dependence. For the past 16 years, Turkey has been able to accomplish major successes in gaining independence from the West in economy, foreign policy and defense industry.

Because this important part of Erdoğan’s policy is continually ignored, the highly mistaken thesis that Erdoğan is going through an ideological separation with the West has been spread. Those who first mentioned this allegation are Erdoğan’s opponents in Turkey. However, just as in 2003 one could speak of Erdoğan’s proximity to the West, now it is a matter of his ideological opposition. Erdoğan’s approach to Turkey’s relations with the West is extremely realistic and fully shaped by national interests.

Shouldn’t the West normalize its relations with Turkey? The time has come and nearly gone. The Western world needs to consider Turkey by accepting the reality of Erdoğan. There is no benefit to considering Turkey’s sociology by reading or listening to a few of the defeated political minority who do not know Turkey’s socio-political reality and who are strangers to their own people.

Time for Turkey to cast a ballot
Next
Loading...
Loading...
We use cookies to ensure that we give you the best experience on our website. If you continue to use this site we will assume that you are happy with it.Ok