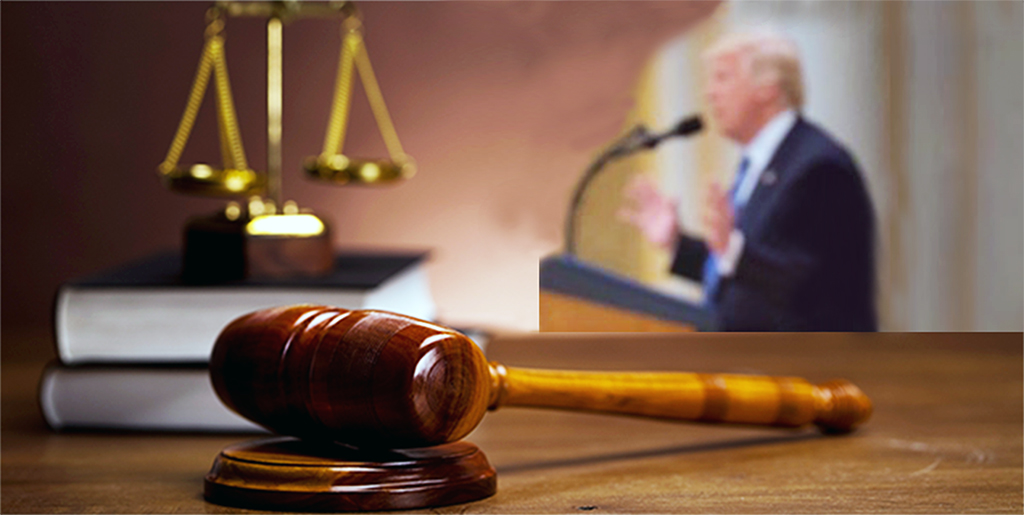 Calling shots out of FETÖ’s playbook, US takes fall for July 15

Needless to say, the Turkish government will probably consider the second scenario an effort to meddle with the 2019 elections in Turkey.

Tensions between Turkey and the United States are rising again as Reza Zarrab, a Turkish gold trader charged with conspiring to violate U.S. sanctions on Iran, prepares to appear before a New York court on Nov. 27.

Several media outlets alleged last week that Zarrab had agreed to cooperate with U.S. prosecutors to admit his guilt and serve as a witness in other cases. The testimony of the Turkish-Iranian businessman, whose whereabouts were the subject of two recent diplomatic notes issued by Ankara, will determine the future course of the high-profile case, which began in March 2016.

It is perfectly clear that the case, in relation to which Halkbank’s deputy general manager Mehmet Hakan Atilla was taken into custody in the United States earlier this year, is political in nature both because Turkish citizens have been arrested for alleged violations of unilateral sanctions and due to its links to corruption charges that could potentially affect Turkey’s domestic politics. Under the circumstances, it seems that the case will have major effects on Ankara’s relations with Washington going forward. How the courts in the U.S. will handle the Zarrab case will determine the amount of damage bilateral relations suffer in the end.

In terms of how the case will be handled, there are two scenarios. First, the court will rule that violations of U.S. sanctions on Iran hurt American interests and will fine certain private and legal people, as they have done in the past. Secondly, the prosecution might seek to prolong and expand the case in an effort to smear certain Turkish political figures. As a matter of fact, the evidence manufactured by the orchestrators of the Dec. 17 and Dec. 25 judicial conspiracy in Turkey has reportedly been used in the indictment. If the U.S. court seeks to continue its work based on the same material that formed the basis of the Gülenist Terror Group’s (FETÖ) first major attempt to overthrow the Justice and Development Party (AK Party) and President Recep Tayyip Erdoğan, a multi-dimensional crisis could occur in bilateral relations.

Needless to say, the Turkish government will probably consider the second scenario an effort to meddle with the 2019 elections in Turkey. The Turkish public, which already dealt with the Dec. 17 and Dec. 25 materials, would probably have no difficulty keeping a lid on Washington’s move. However, Washington, which has been unable to keep itself together under President Donald Trump, will have made an irreparable mistake in its policy on Turkey by accepting the charge that the U.S. government was indeed behind the July 15 coup attempt in Turkey.

At this point, there is no question for the Turkish people that FETÖ carried out the December 2013 operation and, upon its failure, the July 15 coup attempt. Over the past months, Washington has refused to extradite Fetullah Gülen, the leader of FETÖ, with complete disregard for the evidence Ankara has shared with U.S. officials. To make matters worse, the United States has been unwilling to even investigate the activities of the group that orchestrated the coup attempt in Turkey, a U.S. ally, and attempted to assassinate that country’s president, which makes the Turkish people think of the CIA and the Pentagon, which many people firmly believe were behind past coups.

Currently, the Turkish public increasingly believes that the U.S. court has been openly anti-Turkey and adopted an approach toward their country that is suspiciously similar to FETÖ’s coup attempt. By reviving the December 2013 files, Washington makes more people think that it has full control over FETÖ.

Known FETÖ members who vanished into thin air after July 15 fearing that they could be arrested, are now roaming the halls of U.S. Congress with their heads held high. They are busy telling American policy makers that the Turkish president is an Islamist and anti-Western dictator who must be punished without delay. It would appear that U.S. policy makers have failed to appreciate the significance of July 15 in Turkish politics. But the least they could have done was not to take credit for the failed coup.

Unfortunately, the messy state of affairs in Washington and the wide reach of anti-Turkey lobbyists in the U.S only expedite the process of the U.S. losing Turkey.