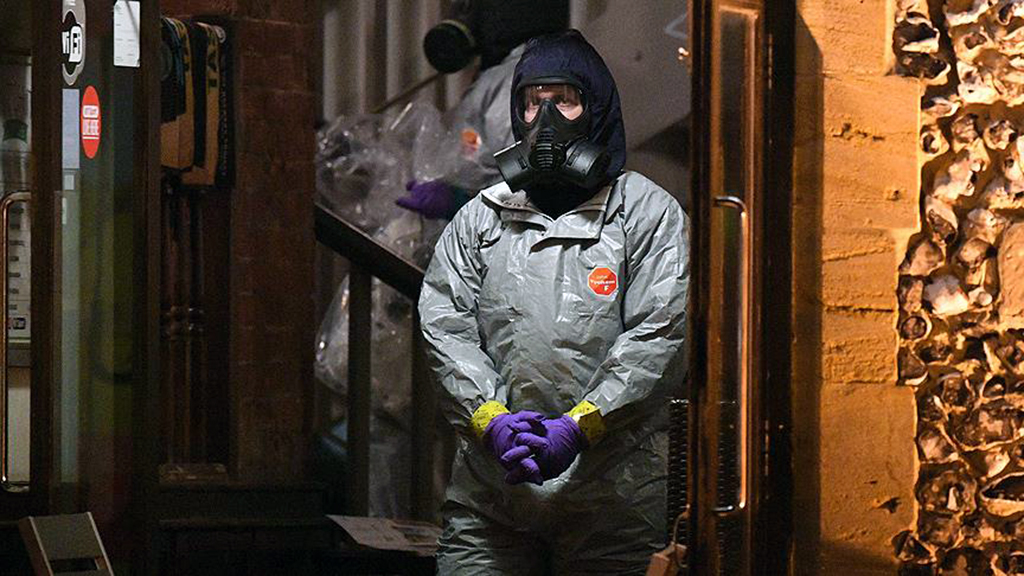 Beyond the spy games: Uncovering the structural problems in Europe’s security

Sergei Skripal worked as a double agent for Russian and British intelligence agencies and helped to uncover some of Russia's intelligence operations in Europe.

Sergei Skripal worked as a double agent for Russian and British intelligence agencies and helped to uncover some of Russia’s intelligence operations in Europe. Skripal was poisoned in Salisbury, England on March 4. A military level nerve agent called Novichok, which used to be produced by the Soviet Army in the 1970s and 80s, was discovered to be used in the attack.

Skripal and his daughter Yulia are still in critical condition. The spotlights were immediately directed to Moscow for the poisoning of Skripal and the British officials accuse Russia for the poisoning. If the world was in the context of the Cold War, no one would doubt the source of the attack, but the poisoning of a double spy has a different meaning in today’s diplomacy. There are many ambiguities in the logic of the current diplomatic escalation between Moscow and the West. Russian President Vladimir Putin does not hide his countries’ willingness to regain its sphere of influence in its former Soviet zone of influence, but he does not seem to be interested in initiating a new Cold War with his Western counterparts.

The escalation of tension between Moscow and the West coincided with the presidential elections in Russia, which ended with President Putin’s landslide victory. British Prime Minister Teresa May is also tackling deep problems after her country’s post-Brexit political turmoil. May definitely needed solidarity in both domestic politics as well as international diplomacy and the recent crises helped in that sense.

The NATO alliance also seems to be more vulnerable after Donald Trump’s election to the U.S. presidency. President Trump does not hide his skepticism about multilateralism and costly alliances.The crisis between Moscow and London, which escalated after the poisoning of Skripal and his daughter, is moving into a different stage with the decision of the U.S. and more than 20 countries (primarily European) to expel Russian diplomats. Washington expelled 35 Russian diplomats in the final days of the Obama presidency, and the Trump administration decided to expel 60 more Russian diplomats after the Skripal poisoning. Moscow retaliated by expelling Western diplomats. With this latest decision, the U.S. and its allies in Europe further escalated the tension with Russia. Russian Foreign Minister Sergei Lavrov denied the allegations with regard to the Skripal poisoning and called for a meeting with the Organisation for Prohibition of Chemical Weapons (OPCW) to investigate the case.

The recent spy crisis between the Moscow and the West raises many questions about the timing and significance of the event. The magnitude of the Western response to these allegations seems disproportional since the expelling of scores of Russian diplomats means structural recalibration of diplomatic ties with Russia. Many analysts still think that the reaction to the Skripal crisis is too much and too fast. Generally in such situations, fact-finding, diplomatic contacts and public criticisms precede such a rapid response, but the bridges with Moscow have been burned too fast.

NATO countries are also pressured to demonstrate solidarity with Britain, against the Russian influence in Europe and elsewhere. Western responses to Russia’s moves in Crimea, Ukraine and Syria were already dysfunctional, and further diplomatic and economic isolation of Moscow may trigger broader diplomatic sanctions and retaliation by Moscow. Such an escalation would hit the Russian economy, which is already suffering as a result of the sanctions that were imposed after the Russian annexation of Crimea. However, the Russian side will not back down from such a geopolitical competition because of economic or diplomatic sanctions. These moves will only strengthen the anti-Western sentiments and will enhance solidarity in Russia.

Moscow has been regaining its influence on some Eastern European countries that were under Soviet control during the Cold War. Russia is improving its economic ties and energy cooperation with some European countries. The rifts within Europe about how to deal with Moscow was a matter of distress for European leaders that are concerned about Russia’s increasing presence in European politics. No country alone in Europe has a potential to counterbalance Russia diplomatically and militarily on the continent. The problem is that the U.S. under the Trump presidency seems to be uninterested about sponsoring the security of Europe and he is disillusioned by the NATO alliance and the multilateral platforms. Trump keeps repeating his expectations from European leaders to increase their military spending.

The Skripal crisis signaled limited solidarity between European leaders against Moscow, but European solidarity is not enough to counterbalance Russia if the U.S. continues to give mixed signals about its commitment to European security. The elephant in the room in the Skripal crisis is Trump’s America rather than Putin’s Russia. The U.S.’ disinterest in further investment in Europe’s security under Trump’s presidency will have further ramifications for the continent. For the time being Moscow is situated as the “common threat” for the West but the Western alliance has much more profound structural problems that can not be covered by the spy crisis.

Continuity of partnership between Turkey and the US needs determination
Previous

European Islamophobia Report 2017 | #EIR2017
Next
Loading...
Loading...
We use cookies to ensure that we give you the best experience on our website. If you continue to use this site we will assume that you are happy with it.Ok