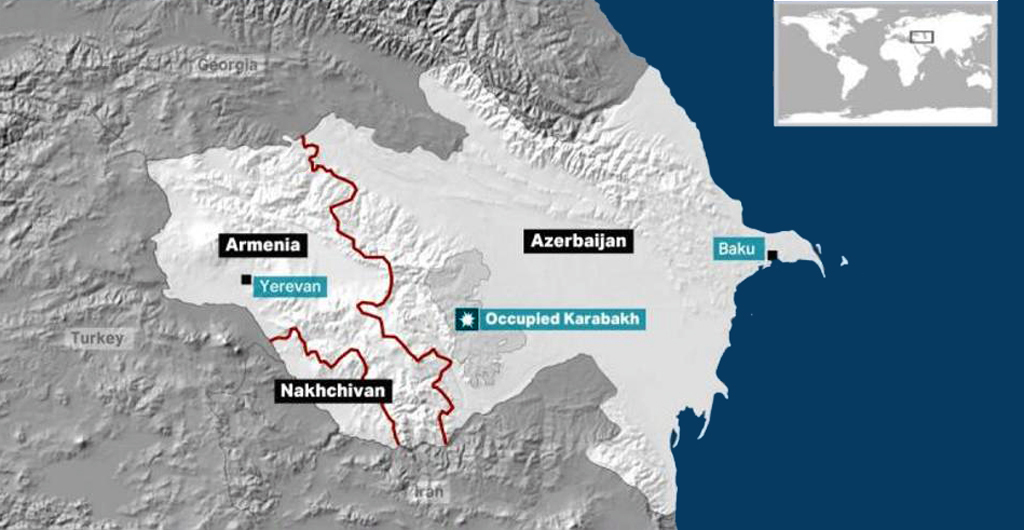 A direct confrontation between Azerbaijan and Armenia might turn into a limited or prolonged war, given both the international and regional conjuncture, and the former might regain control of the occupied Upper Karabakh, or Nagorno-Karabakh region, according to a security expert.

Murat Yesiltas, the security studies director at a Turkish think tank, the Foundation for Political, Economic and Social Research (SETA), commented on the escalating tension between Azerbaijan and Armenia and how the conflict could be shaped by regional and international developments.

On Sunday, Armenian forces opened fire against Azerbaijanis, also targeting civilian settlements, and armed conflict was launched, while the counter-attack of Azerbaijan eventually led to the rescue of some villages under the Armenian occupation. On Monday, Azerbaijan declared a “state of war” in 19 provinces and districts, including the capital Baku amid the escalation.

The Nagorno-Karabakh issue was the result of Armenia’s hostile behavior distant to diplomatic means, Yesiltas said, adding the Baku government has begun to realize that this matter could only be resolved through flexing muscles.

“The people and state of Azerbaijan began to see clearly that Nagorno-Karabakh cannot be taken back via diplomatic means, and the only remaining solution is a military one,” he said, stressing that Armenia’s provocative attacks encouraged this way of thinking among Azerbaijani authorities.

Azerbaijan used its right to self-defense in the past few years against the Armenian aggression, he noted, saying the country’s army renewed itself from a technological standpoint and heavily responded to the Armenian attacks as it was ready.

The Turkish expert also said there were many reasons laying behind Armenia’s hostility towards Azerbaijan and one of them could be a bid to distract Turkey’s attention, adding Ankara administration was already dealing with issues at multiple fronts such as the Eastern Mediterranean, Libya, and Syria.

“They have drawn Turkey’s attention into the conflict between Azerbaijan and Armenia while the doors of diplomacy were fully open in the Eastern Mediterranean. They might be seeking to give a message to Turkey or weaken its diplomacy hand,” he said.

According to Yesiltas, the Armenian government seeks to consolidate its public opinion through attacks and pave the way for mobility by using its diaspora.

He warned that the tension could evolve into an inter-state war within a short period of time, and said the regional and international political and military environment was fit for such conflict but actors such as Turkey, Russia, and the US could make a difference.

However, he said, a large-scale war between adversaries could lead to the Azerbaijani control over the Nagorno-Karabakh region as the country successfully retook some of the villages the other day.

Relations between the two former Soviet nations have been tense since 1991, when the Armenian military occupied the Upper Karabakh, or Nagorno-Karabakh region, an internationally recognized territory of Azerbaijan.

Four UN Security Council and two UN General Assembly resolutions as well as many international organizations demand the withdrawal of the occupying forces.

The OSCE Minsk Group — co-chaired by France, Russia, and the US — was formed in 1992 to find a peaceful solution to the conflict, but to no avail.

Pelosi's Turkey remarks: How ignorant and impertinent she is
Next
Loading...
Loading...
We use cookies to ensure that we give you the best experience on our website. If you continue to use this site we will assume that you are happy with it.Ok