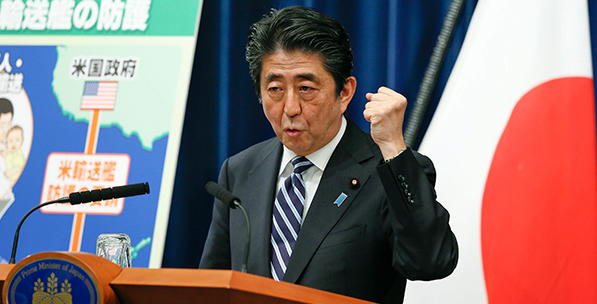 In fact, 30 years of time travel demonstrated the unprecedented revival of Japan in terms of economy and technology.

In Robert Zemeckis’ “Back to the Future” sequel, when Marty McFly and Dr. Emmett Brown tried to repair the time machine that was damaged after being struck by lightning, Dr. Brown of 1955 was shocked to learn from Marty of 1985 that Japan had actually made a part so hi-tech and in such a small size that was a key component of the time machine. Marty of 1985 was also surprised to see that Dr. Brown had no idea of the capability of Japan to produce the most advanced technology in the world. In fact, 30 years of time travel demonstrated the unprecedented revival of Japan in terms of economy and technology.

The years that Marty was a teenager were the years when Japan was considered a significant challenger to the U.S. in terms of global domination and a major threat to U.S. economic and political interests. Paul Kennedy in his seminal book “The Rise and Fall of the Great Powers,” which was published in the late 1980s, portrayed Japan as a country that could replace the U.S. as a global hegemon in the 1990s. Kennedy of course could not foresee the rapid slowdown in the Japanese economy in the 1990s and the U.S. unipolar era in this decade. The Japanese economy started to slow down in the 1990s, and when we came to the 2000s, Japan was considered to be nearly over for many observers of global politics. The rising power of the East was now China, and though Japan continued to be one of the three main economic powerhouses of the international economic system, the challenges that the Japanese economy was facing made it increasingly invisible in debates related to the future global order. In fact, after almost 30 years since 1985, when Marty was a teenager, Japan is now in a different place globally.

For many observers of Japanese politics and foreign policy, when Japanese Prime Minister Shinzo Abe delivered a speech in Washington, D.C., titled “Japan is Back,” the arguments were reminding them of the debates concerning Japanese power in the 1980s. Abe presented his revitalization strategy for the Japanese economy and foreign policy, which included an expansionary monetary policy and a dynamic Japanese foreign policy. However, despite the outward optimism of Abe and his administration and his ambitious economic policies that make him the only hope of Japan today, there are important long-term economic, demographic and strategic challenges that Japan has to deal with before coming back from the stagnation of the 1990s. Dealing with these challenges is not only important for the future of Japan but also can impact the potential of Japan to contribute more significantly to international peace and stability.

Although economic challenges and the fate of the three arrows of Abenomics are the most discussed issues today in relation to Japan and although the long-term impacts of Abenomics are not clear in the absence of a focused growth strategy, there is a more challenging problem for Japan today. It is more important than the economy and more important than the Senkaku Islands dispute that some Japanese regard as an existential issue for the future of Japan. It is the demographic challenge.

Japan today has a negative population growth rate, an aging population and the level of this demographic challenge is more significant and dangerous than many can imagine. According to recent estimates, the population of Japan will decrease from over 120 million to nearly 80 million in the next 40 years, assuming current trends continue for the next few decades. This situation will create significant economic and social problems that Japanese society will start to feel in the next few years. On the one hand, the rapid decline in the population may pose a huge economic problem for Japan due to the increasing shortage of labor for its production industry under the current stringent immigration laws. In addition, it will also become a major burden for the social security payments of the next generation due to the rapidly aging population in the country. The social implications of this population decline and the infrastru

The Presidential Elections and the AK Party
Previous

Fluctuating Nature of Turkısh-European Relations
Next
Loading...
Loading...
We use cookies to ensure that we give you the best experience on our website. If you continue to use this site we will assume that you are happy with it.Ok