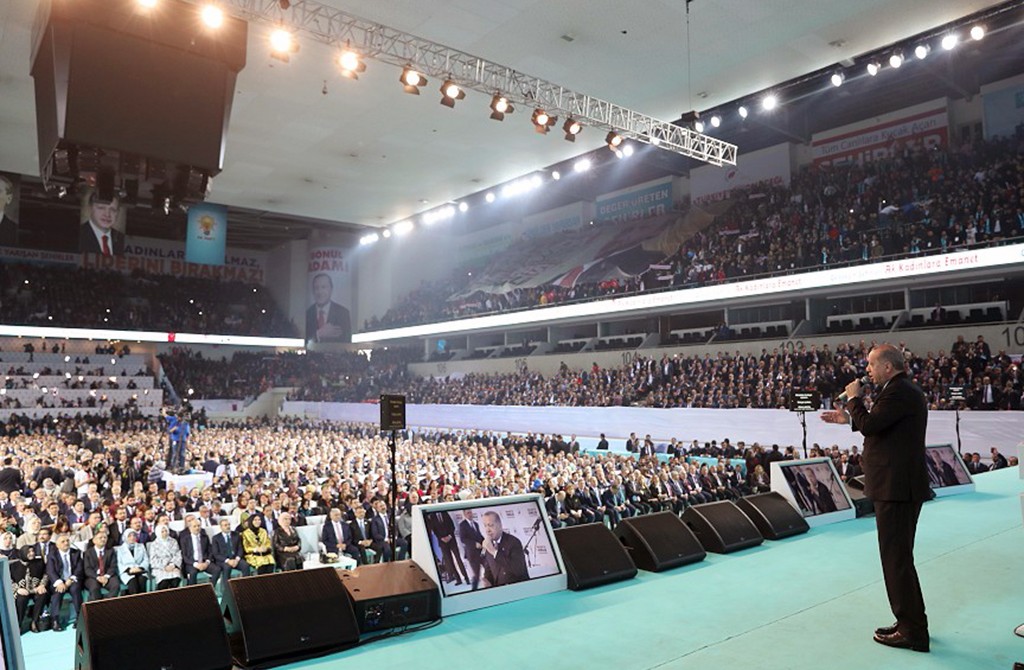 It would appear that the AK Party wants to restore the Spirit of 1994 to start a new participatory revolution at the municipal level. Promising to monitor instant practices with reference to a long-term strategy, Turkey’s ruling party pledges to prioritize quality without failing to address quantitative needs. In his address to a large crowd in Ankara, Erdoğan added that he viewed the People’s Alliance as a matter of national survival.

Some, however, find it difficult to understand why the Turkish president talks about national survival with municipal elections around the corner. Thanks to Turkey’s new system of government, we have no reason to suspect that a political crisis could break out. Yet we must keep in mind that our nation’s adversaries, who have been trying to weaken Turkey since 2013, won’t just quit.

Here’s a case in point. Michael Rubin, a scholar at the American Enterprise Institute, published a hit piece on the Turkish president and his family, into which he copied and pasted the latest Gülenist rhetoric. The piece itself was irrelevant, but it is worth recalling that Rubin wrote about an imminent military coup in Turkey just three months before the July 15, 2016, coup attempt. In that piece, he claimed that Erdoğan was going to end up like Saddam Hussein or Mohamed Morsi. In June 2016, John Hannah, a senior fellow at the Foundation for Defense of Democracies, followed in Rubin’s footsteps to suggest that the Turkish president was “threatening to U.S. interests” and something had to be done.

The rest, as they say, is history.

Today, a new anti-Erdoğan smear campaign appears to be kicking off in Washington. In his column for the Washington Examiner, Rubin made sure to mention all concepts that the Gülenists appropriated from academic literature on “authoritarianism.” The AEI “scholar” identified four ways in which the Turkish president’s political career could end: Death in office, imprisonment, exile and execution.

In addition to predicting that Erdoğan will meet a worse end than the late Adnan Menderes, who was ousted by the military and executed, Rubin made sure to bring the Turkish president’s family members, who are involved in charitable foundations and non-governmental organizations, into the picture.

If others follow in Rubin’s footsteps soon, it will mean that the usual suspects are launching yet another attack against Turkey. Otherwise, Rubin’s piece will be just, Rubin being himself.

Still, one thing is clear: The groups that could not beat Turkey’s popular leader in elections will keep trying to undermine him in overt and covert ways. The people behind the December 2013 and July 2016 coup attempts in Turkey are lurking in the shadows, waiting for the municipal election’s outcome.

To be clear, their argument isn’t with Erdoğan and his family. They take issue with Turkey’s bright future and determination to punch above its weight. By taking on Erdoğan, Turkey’s enemies wish to prevent the country from pursuing its national interest and following independent policies in the process.

One way or another, they want to stop the Turkish president from consolidating the country’s recently adopted system of government. For that purpose, they will try to make an artificial distinction between the interests of Erdoğan and his family and the rest of Turkey.

They won’t stop, but their relentless attacks won’t lead anywhere either. This great nation will continue to open its heart to all leaders with Turkey’s best interests at heart and support them all the way.

Challenges for AK Party to overcome in March elections
Previous

The arms race between Washington and Beijing
Next
Loading...
Loading...
We use cookies to ensure that we give you the best experience on our website. If you continue to use this site we will assume that you are happy with it.Ok