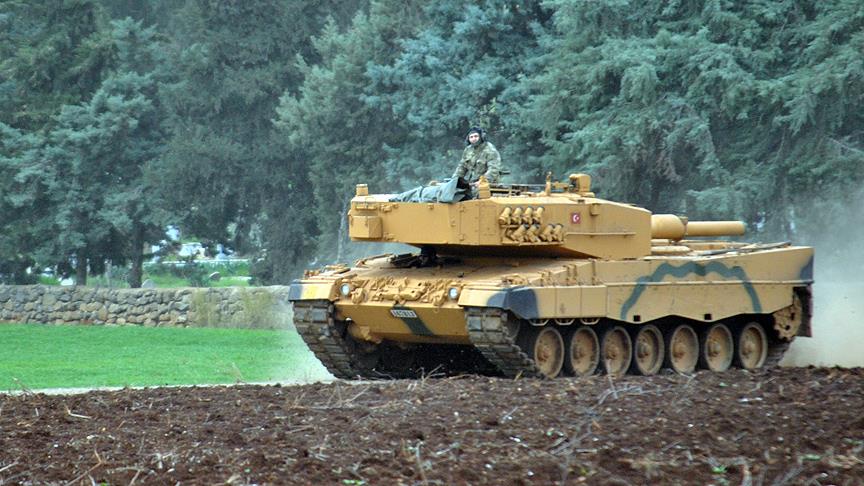 The Pentagon continued to arm, equip and train the People's Protection Units (YPG) despite Ankara's concerns and criticism.

Talking Syria with U.S. authorities has brought no concrete results for Turkey in the last several years. Even the change in presidents in Washington from Barack Obama to Donald Trump has not altered the situation for Ankara. Just a few hours after press statements following a discussion between Trump and President Recep Tayyip Erdoğan, the Pentagon made its own statements. The Pentagon’s statements usually contradict press statements from the White House. The Pentagon focused on appeasing Washington’s Democratic Union Party (PYD) allies in Syria, whereas the White House tried to appease the U.S.’s NATO ally Turkey. U.S. policies on the ground are usually determined by the Pentagon, and the White House only intervened to maintain relations at the level of leaders.

The Pentagon continued to arm, equip and train the People’s Protection Units (YPG) despite Ankara’s concerns and criticism. If not because of a coordination problem among Washington’s bureaucratic circles, this policy of confusion tactically aimed to stall Turkey of any independent policy line with regard to Syria. This policy seemed to work until Ankara’s decision to intervene in Afrin with Operation Olive Branch. Trust between the two NATO allies is the main casualty of this intriguing policy line.

Signals from the last phone call

Turkish authorities are frustrated with Washington’s doublespeak and the policy of postponement. Talking to U.S. officials for the past several years brought no concrete results for Turkey to address its fundamental national security concerns. It seems that in his phone call on Wednesday night with Erdoğan, Trump directly mentioned the talking points that the Pentagon provided. Both parties had very low expectations from the conversation. The realities on the ground will determine the course of events in Syrian. Ankara seems determined to continue its own plans in Syria because Turkish authorities consider the emergence of YPG-controlled quasi-autonomous region on its southern border to be an unacceptable security challenge.

U.S. Secretary of State Rex Tillerson’s offer to Foreign Minister Mevlüt Çavuşoğlu for the establishment of a 30-kilometer secure zone along the Turkish-Syrian border was probably the first concrete policy option offered to Turkey in the past several years. This offer was too little too late for Ankara, which unilaterally decided to clear its border of terrorist elements.

For a long time, Turkey defended the establishment of a humanitarian corridor to protect civilians in Syria and for the prevention of terrorist threats to itself. The refugee flow destabilized Turkey’s border security and cost Turkey billions of dollars. EU countries never wanted to share even the financial burden despite their pledge. Turkey’s humanitarian corridor argument was unable to find support from Washington or elsewhere. Now the return of this option from Washington immediately after the Turkish Armed Force (TSK) initiated Operation Olive Branch is considered insincere. Many in Ankara considered the U.S.’s offer of the establishment of a secure zone in northern Syria as part of efforts to protect the YPG against the TSK. Timing is crucial to test the sincerity of the political maneuvers. Turkey now coordinates its fight against terrorism in Syria with Russia, rather than their NATO ally, the U.S. This cannot change if the Pentagon continues its alliance with the YPG.

The real long-term consequence of Ankara’s frustration from Washington’s inconsistent policy line was Turkey’s improvement of its relations with Russia. Despite their differences of opinion and disagreements on many different levels, Ankara and Moscow managed to work together for the stability of Syria. Turkey’s cooperation and coordination with Russia provided some very concrete results for Turkey’s security and fight against terrorism.

Turkish-Russian relations were restored after the fighter jet crises and the relations were improved in the fields of economy, trade, tourism, and energy cooperation. More importantly, this gradual improvement of relations raised its fruits in Syria. Turkey became the part of the Astana process and started to play a more active role together with Iran and Russia for the restoration of stability and order in Syria.

The main agreement between the two actors was the maintenance of the territorial integrity and the state apparatus of Syria. Throughout the Astana process, Moscow demonstrated that they are a more reliable diplomatic partner. Especially presidents of two countries Erdoğan and Vladimir Putin gradually built trust and moved to another phase in their diplomatic cooperation and coordination.

The U.S.’s inconsistent policies only facilitated the cooperation of Moscow and Ankara further. It is not clear at this moment where the relations between two countries are heading towards but some strategic steps had already been taken so far. Cooperation in the energy sector, Turkey’s purchase of S-400 defense systems and lastly Operation Olive Branch are some signs of strategic cooperation between the two countries. Those projects were agreed on the basis of mutual interests and respect for each countries’ priorities. It seems that Moscow will continue to be Ankara’s main counterpart in its Syria policy.

Egypt's forgotten revolution, the future of the Sissi regime
Previous

US ignores NATO ally's redline in northern Syria
Next
Loading...
Loading...
We use cookies to ensure that we give you the best experience on our website. If you continue to use this site we will assume that you are happy with it.Ok