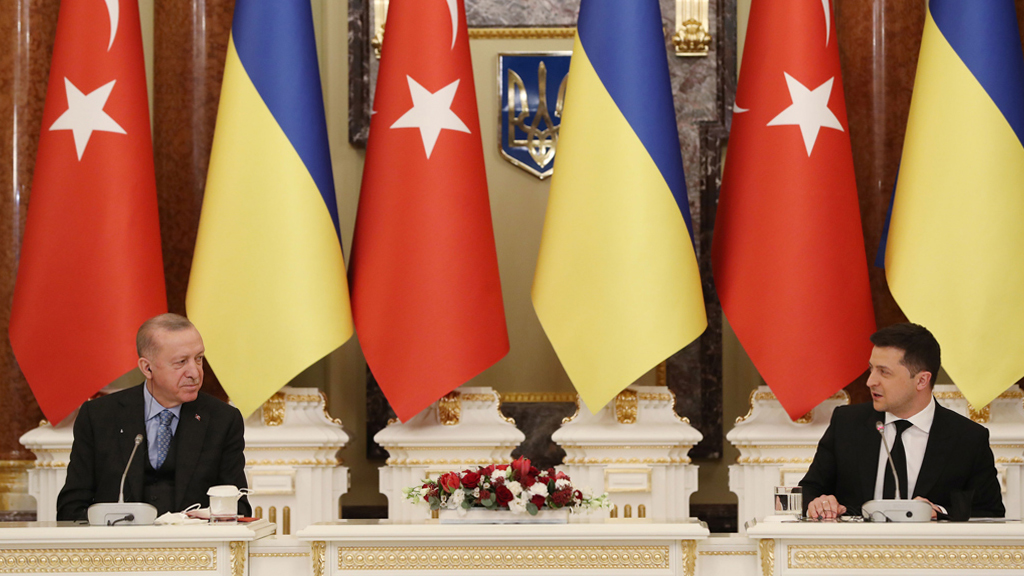 This analysis provides a review of Turkey’s relations with Ukraine and discusses foreign policy options available to Turkey in case of invasion of Ukrainian territory by Russia.

Amid a military standoff with Russia, on Feb. 3, Kyiv hosted the 10th High-Level Strategic Council between Turkey and Ukraine. The heads of state, Tayyip Erdogan and Volodymyr Zelensky marked the 30th anniversary of diplomatic ties by signing a series of trade and defense agreements. The long-awaited free trade agreement between Turkey and Ukraine was also signed on this occasion. Given the current tensions along the Ukrainian border and Turkish ties with both Russia and Ukraine, Turkey’s policy on Ukraine is ever more critical for regional peace and stability. Turkey has close relationships with both Ukraine and Russia so it seeks to avoid a new episode of war between them. As a NATO member, heightened tensions in the region pushes Turkey to find a diplomatic solution to the crisis even if it may be forced to make difficult choices in case of a military conflict. This analysis provides a review of Turkey’s relations with Ukraine and discusses foreign policy options available to Turkey in case of invasion of Ukrainian territory by Russia.

Germany’s passive position in the Ukraine crisis
Next
Loading...
Loading...
We use cookies to ensure that we give you the best experience on our website. If you continue to use this site we will assume that you are happy with it.Ok