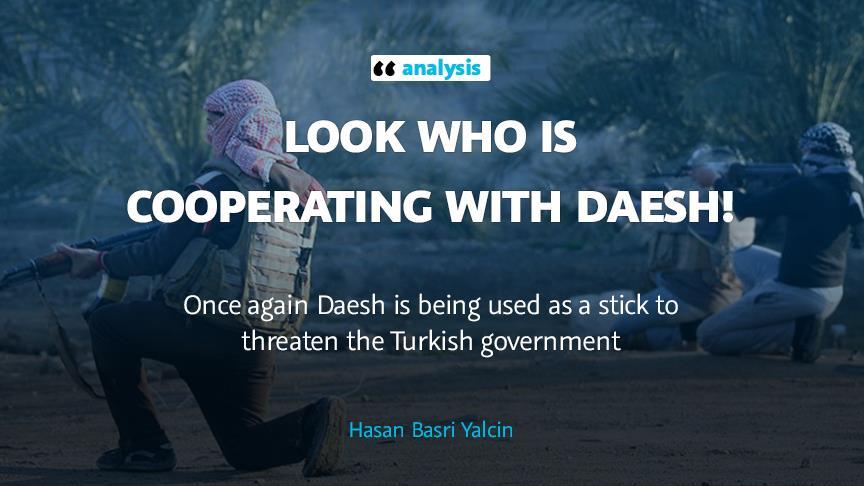 Look who is cooperating with Daesh! 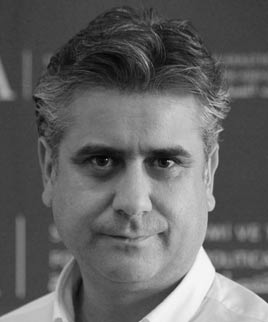 Once upon a time there was a story told in many circles. According to the story, Turkey was blamed for overlooking the Daesh presence in Syria or at least travel of foreign fighters through Turkish borders.

It never mattered how serious all these allegations were. What really mattered was suppressing Turkey while it was struggling to defend its innocence. It was never easy to prove the non-existence of a non-existent relationship.

Even though Turkey was being attacked repeatedly by Daesh terrorists, both Westerners and Russians kept claiming that Turkey is supporting the terrorist group. Multiple arguments were developed and repeated calls were made by Ankara in order to show that there was no such connection and Daesh was being treated as a terrorist organization. However, the Western media permanently argued against Turkey by providing unfalsifiable claims.

When Turkey launched Operation Euphrates Shield, the rumors about Turkish-Daesh cooperation slowly disappeared. However, Turkish forces did not find any support either from the Russians or the U.S.-led anti-Daesh coalition.

Specifically, during the fights in Al-Bab and Dabiq, coalition forces for a long time rejected to provide enough air support in the engagements. After long discussions and large numbers of Turkish casualties, coalition air support was given only reluctantly. After the fall of these central cities, Turkish forces gained a momentum and started to expand southward to further defeat Daesh.

But the Syrian regime forces suddenly showed up, first in the south of Al-Bab and later in front of Afrin and Manbij. The Russians provided a security belt both for the PYD and Daesh. If the real fight were against Daesh, then no one would draw such a line between the Turkish forces and Daesh-controlled regions.

At the same time, American flags were being planted in critical PYD regions as a deterrent against any likely Turkish intervention. If the real reason for the war in Syria were the fight against Daesh terrorism, then the Americans and the Russians should have cooperated with Turkey rather than building defensive lines against it.

Despite all these openly hostile U.S. actions, the Turkish government patiently kept demanding American cooperation. In repeated talks, Ankara offered cooperation against Daesh and to launch a joint operation in clearing Raqqah and the areas around it. But Washington contrived ways of rejecting all these offers, politely in some cases and impolitely in others.

Supporting one group of terrorists against another

Rather than finding a legitimate way and a diplomatic solution, the U.S. preferred to support a terrorist group in fighting another. It was a great disappointment on the part of Turkey and was also the root cause of the long proxy war in Syria.

However, one cannot say that this was an anomaly. No. It was quite common and has a long history in the American way of strategic thinking. One can easily find multiple examples of this method. Al-Qaeda in Afghanistan is the best example in this case. It was bred and actively supported by the U.S. against the Soviet Union in Afghanistan.

That tempting method has mostly been accepted as a clever strategy and employed in several other instances as well. However, in each case it created a boomerang effect. Al-Qaeda turned against the U.S. at the end of the day, and the fight against it cost billions of dollars, leaving behind thousands of American casualties.

The same strategy of raising a new organization is simply being reemployed now. In the previous example, a religious terrorist organization was supported against communism.

Right now, a Marxist terrorist organization is supported against a religious one. There is nothing novel in this model. It has only been turned upside down like an hourglass, now filling with sand in the other glass bulb. Once the upper bulb is empty, the process will be inverted, and the “saturated” bulb will then be overflowing into the other again!

However, the U.S. kept ignoring this simple fact. There is apparently no learning at all. Despite the evident fact that this method is simply not paying off, the U.S. government has kept intermingling with those terrorist organizations.

But the latest event revealing the level of entanglement was quite sensational. The BBC broadcast a video that showed the final group of Daesh fighters leaving Raqqah with their families under the control of the PYD and therefore U.S. observers.

According to the news about this “dirty secret,” a deal was reached between the PYD and Daesh for the latter to leave the city safe and sound. The escape of a number of notorious Daesh leaders from Raqqah was arranged by local officials.

Coalition officials had to admit their presence in the negotiations but they claim they did not take an “active part”. It seems that they cannot reject their presence but are merely attempting to downplay the level of their involvement. It is a confession in abated form.

The news was described as shocking by the BBC presenters but was not nearly as surprising for Turkish society. From the earliest days of Daesh up to now, a large segment of Turkish society has thought that Daesh and Western governments have been collaborating.

One can brush off this thinking as some kind of conspiracy theory. But this thought took on greater intensity with U.S. President Donald Trump’s claim that Daesh had actually been created by the Obama administration.

In Turkey, it directly translated into an admission. Of course, it will never be so easy to provide any proof for the existence, or absence for that matter, of such a direct link between the U.S. and Daesh. But it is no longer a secret that the U.S. government can make a deal even with Daesh.

One can come up with a whole host of explanations for why such a deal was made. One can claim, for instance, that there would be a bloody battle for both sides, so the deal was preferred as a way of avoiding a bloodshed.

But such explanations cannot justify this dirty and secret deal. Daesh was declared a fatal terrorist group and the fight against it must be sustained to the bitter end. As is known, it was called “an annihilation war” that would leave “no terrorists alive” and there would be no deals.

But that promise has not been fulfilled. The coalition allowed those dangerous terrorists to disappear from the Syrian desert. We just do not know when, where, and how will they reappear. What we do know is that they will certainly reappear.

If a group of deadly terrorists are escaping their stronghold with heavy weapons and suicide belts, the supervisors who let them slip out must also be held accountable. These terrorists are most probably going to use those weapons against targets in (but not limited to) Syria, Iraq, Turkey, Jordan and other Middle Eastern countries. And those suicide belts will probably go off in some Western countries as well.

It is no longer an issue of cooperation in the fight against terrorism. Things having arrived where they are now, partners should at the very least display the decency of sharing intelligence in order to decrease the number of fatalities. But it seems that the coalition members are unwilling to do even so much as share information about those terrorists.

According to Reuters, the coalition said biometric data of those Daesh terrorists leaving Raqqah were taken before they exited. But Turkish officials who spoke to the same news agency said that no data on those terrorists were shared with them.The same officials complained that this was not helpful in fighting against terrorism.

Considering that Turkey has one of the nearest borders that can be crossed by terrorists, it is quite understandable why Ankara is so anxious about it. However, its traditional partners once again prefer not to cooperate.

The reason for such absence of cooperative behavior can be explained away in many ways but its simple meaning is what matters most now. It seems that the coalition, by holding back this crucial information, is in fact threatening Turkey with Daesh. Once again Daesh is being used as a stick to threaten the Turkish government.

American experts on Syria disturbed by Sochi summit
Next
Loading...
Loading...
We use cookies to ensure that we give you the best experience on our website. If you continue to use this site we will assume that you are happy with it.Ok