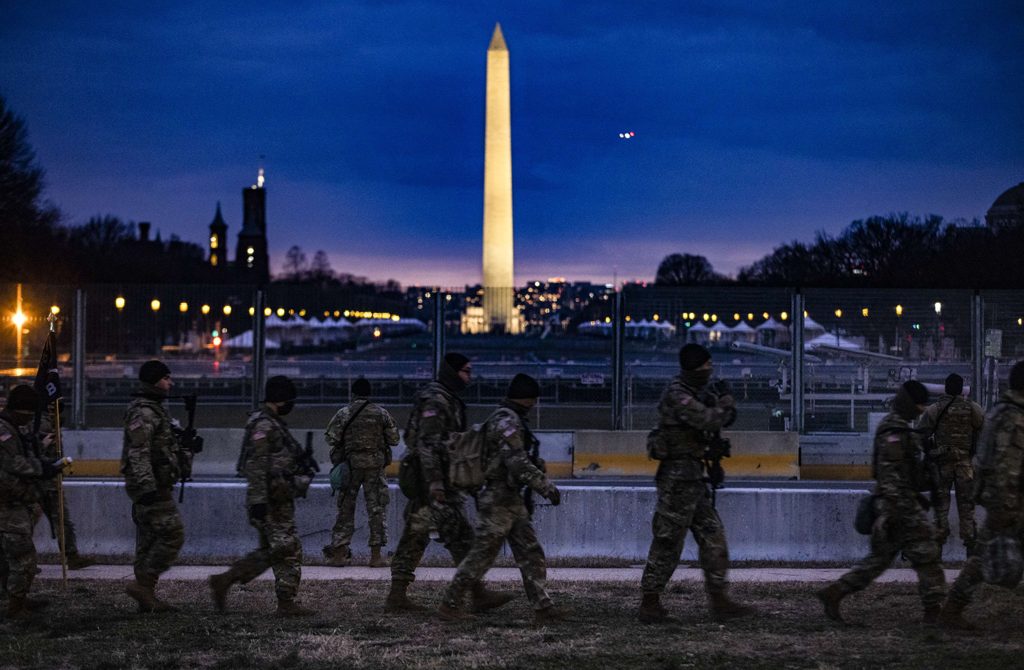 On Wednesday, Joe Biden's inauguration ceremony is set to take place, and he will be sworn in as the 46th president of the U.S. This inauguration is unlike others in modern U.S. history, with Washington now a fortress in the wake of the Jan. 6 storming of U.S. Congress.

On Wednesday, Joe Biden’s inauguration ceremony is set to take place, and he will be sworn in as the 46th president of the U.S. This inauguration is unlike others in modern U.S. history, with Washington now a fortress in the wake of the Jan. 6 storming of U.S. Congress.

Roadblocks have been set up to cordon off large parts of the golden triangle, the Washington Monument has been shut down, and the city has declared a state of emergency in a bid to prevent another attack ahead of inauguration day.

Security forces, who failed to prevent the attack on Congress during the certification of the election, are now taking every possible precaution to prevent a repetition of that failure.

The U.S. has taken precautions against a host of security threats over the years, particularly global terrorism, but now must protect itself from potential domestic threats.

Numerous checkpoints have been set up downtown, and most of the city will go into total shutdown ahead of the inauguration events.

The 46th president was already set to inherit an array of domestic challenges before Jan. 6, with the COVID-19 crisis setting new records since its outbreak in the country.

More significantly, the U.S.’s vaccination plan has faced challenges, with the country receiving fewer doses than it had anticipated.

Authorities claimed that 20 million people would be vaccinated before the end of 2020. Now 18 days past the deadline, the country is nowhere close to reaching the 20-million target.

On top of that, we have yet to see the impending waves in cases triggered by the holiday season and pro-Trump mass gatherings.

The situation has not only delayed economic recovery, it has a human cost. Hundreds of thousands of people applied for unemployment benefits in the first week of January.

While Biden has announced that he plans to roll out an ambitious stimulus package, there are still doubts as to whether it will be enough to carry people through the crisis.

The pandemic emphasized the inequality in American society. COVID-19 infection rates are still higher among key minority groups, including African Americans and Latinos.

Throughout the pandemic, the U.S. has had many epicenters of the virus, and in states like California, infection rates are particularly high among Latino patients.

These minorities lack access to health care, with African Americans especially voicing their concerns – a community still processing the events of a summer driven by the Black Lives Matter movement.

To top it all off, the country’s society is deeply divided, with many analysts arguing that the U.S. has not seen this degree of polarization in decades.

The events that took place on Jan. 6 only highlighted the danger this polarization poses to American society and politics.

When Biden takes his oath, he will be inheriting a sicker, poor, divided United States. In the first days of his administration, how his words and policies will be received by mainstream Republicans and Trumpists will be telling for the future of the U.S.

Jan. 6 will either be a new beginning or the beginning of the end of the divided states of America.

Erdoğan's new political steps and CHP
Next
Loading...
Loading...
We use cookies to ensure that we give you the best experience on our website. If you continue to use this site we will assume that you are happy with it.Ok