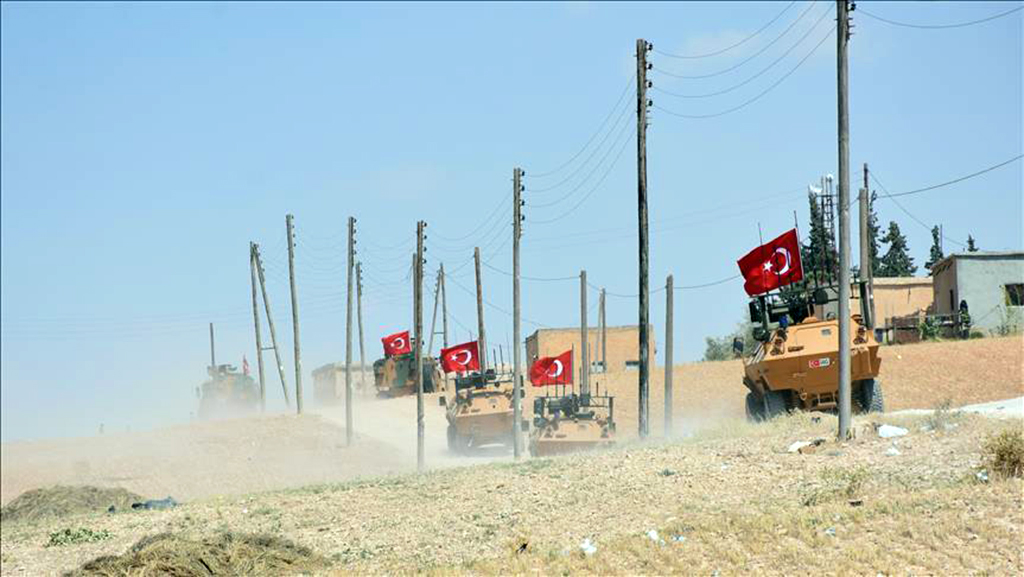 An incursion east of the Euphrates

Turkey is hell-bent on neutralizing the terrorist threat next door. Neither the threat of sanctions nor the endlessly reheated Daesh story will convince the Turks to abort this mission

President Recep Tayyip Erdoğan announced over the weekend that Turkey had run out of patience in its “safe zone” negotiations with the U.S. “We have entered Afrin, Jarabulus and al-Bab. We will now enter the [area] east of the Euphrates. We have shared this [information] with Russia and the U.S.,” he said.

Erdoğan’s remarks came shortly before a U.S. military delegation’s arrival in the Turkish capital Ankara. In my view, the president could have just as well said the following: “We are tired of endless negotiations. This is your last chance. I hope you come up with an acceptable proposal. Back in December, we called off the incursion over President Donald Trump’s pledge to withdraw from Syria. What successive U.S. delegations offered to us have been way below Trump’s 30-mile-deep (48 kilometers) safe zone. We do not heed your efforts to get us worried about Russia or the Assad regime. We are engaged in talks with Russia in our own way.”

What the high-level military delegation offered to Turkey was promptly leaked to The Washington Post on Monday. Sources said the Americans were prepared to stomach a 15-kilometer deep, 150-kilometer wide safe zone – together with joint patrols. This offer fails to cut off the People’s Protection Units’ (YPG) access to Qandil and Sinjar, thus falls short of Turkey’s expectations. The Turks insist on a 32-kilometer deep, 460-kilometer wide safe zone under Turkish control. We will soon find out what Washington actually offered and how Ankara responded. Turkey waited a long time to reach an agreement on the proposed safe zone. The time has come, however, to take unilateral action if necessary. After all, the YPG’s current role is unacceptable. Although the U.S. favors the status quo, the Turks are unhappy with the stalling tactics. Simply put, Turkey does not want the terrorist organization PKK and its Syrian branch, theYPG, to attain any level of legitimacy.

If the Syrian civil war taught anything to the Turks, it is that one’s presence on the ground determines one’s influence at the negotiating table. There is no consensus without tensions. This is what shapes Turkey’s relations with the great powers – ally or not. Whether Ankara talks to Moscow about Idlib or to Washington on the situation east of the Euphrates, the rules remain the same. One’s ability to negotiate derives from flexing one’s military muscles. Otherwise, even one’s “strategic partner” ends up supporting a terrorist organization, which killed thousands of one’s own citizens, to protect minor interests. What one’s enemies could do under such circumstances is merely a question of imagination.

Some decision makers in Washington know all too well that Turkey was right to purchase the S-400 air defense system from Russia – just as it is to crack down on YPG militants in northern Syria. The U.S. treats the Turks unfairly by hurting their interests in the Eastern Mediterranean as well. Unfortunately, U.S. Central Command’s (CENTCOM) leadership, rather than cooler heads, prevails and blocks efforts to repair Washington’s relationship with Ankara.

Washington’s policy on Syria and Iraq focuses exclusively on combating Daesh, which means that the Pentagon has the upper hand within the administration, and CENTCOM leaders shape the Pentagon’s thinking. Let us recall that CENTCOM commanders tend to rise through the ranks faster than U.S. European Command (EUCOM) leaders.

Brett McGurk is long gone, yet CENTCOM continues to dominate U.S. policy on Turkey. Turkey-U.S. relations cannot recover unless a handful of people in Washington let go of old disagreements over the U.S. invasion of Iraq and the war on Daesh.

It remains to be seen what Erdoğan meant by “sharing information” with Russia and the U.S. Did he mean that Turkey and Russia had already reached an agreement, urging the U.S. to get on board, or did he threaten to launch an incursion regardless of the outcome of negotiations with the U.S.?

One thing is clear: Turkey is hell-bent on neutralizing the terrorist threat next door. Neither the threat of sanctions nor the endlessly reheated Daesh story will convince the Turks to abort this mission. Washington must shake hands with Ankara to turn over a new leaf in Syria and Iraq.