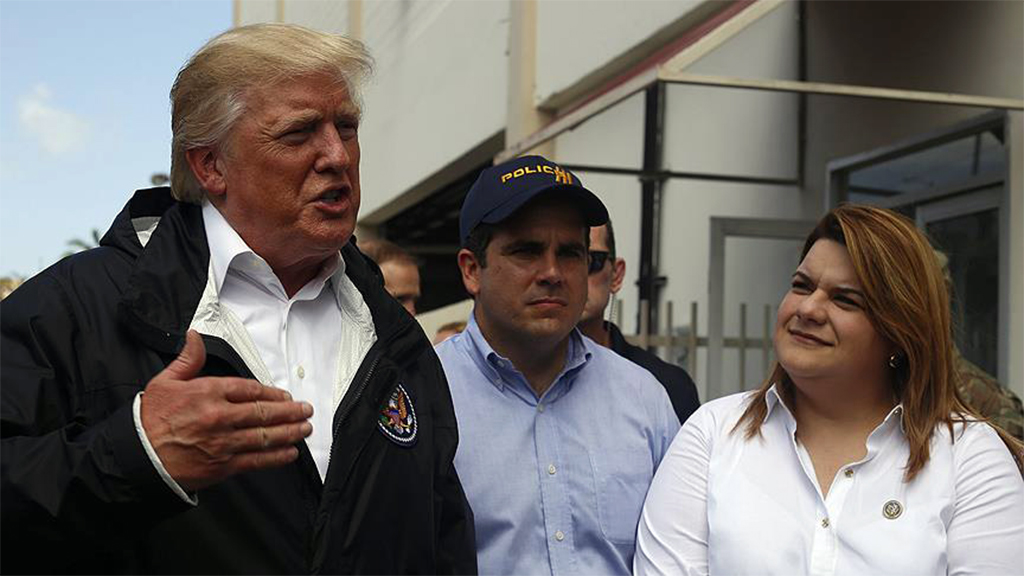 An American or another Trump crisis?

It is obvious to all that today’s international system is in deep crisis, and the world system is in transition. However, observers are in contention about the essence …

It is obvious to all that today’s international system is in deep crisis, and the world system is in transition. However, observers are in contention about the essence of the crisis. Their assertions include claims such as that it is a crisis of Western thought, proclaiming that American hegemony has ended, that the U.N. system is failing and that the nation-state system itself is in crisis.

Three votes in U.N. bodies reheated the discussion about the future of the international system and surfaced the chaotic face of the transition phase. Two of these votes were about the Palestinian-Israeli conflict after U.S. President Donald Trump’s proclamation on Jerusalem. The first one was in the U.N. Security Council (UNSC). On Dec. 19, the executive body of the U.N., with the exception of the U.S., unanimously rejected Trump’s decision to declare Jerusalem as the capital of Israel. Nevertheless, being one of the permanent members, the U.S. used its veto power and blocked the resolution. U.S. ambassador to the U.N. Nikki Haley, who threatened that “the U.S. will be taking names,” described the vote as insulting, disrespectful and scandalous and that Americans will never forget. Soon after that, Trump threatened to cut aid to recipient countries and to the U.N. since they did not back the U.S. recognition of Jerusalem.

The second vote was on last Thursday at the U.N. General Assembly, which held an emergency meeting after a call made by Turkey and Yemen. The assembly rejected Trump’s recognition of Jerusalem as Israel’s capital for the second time in a week. This time, 128 members voted to reject and only seven small and mini states, namely Palau, Nauru, Micronesia, Togo, Honduras, Guatemala and the Marshall Islands voted to support the U.S. and Israeli position. Not even one member of the leading international platforms, such as NATO, the EU, G20 or the Council of Europe, voted in favor of Trump – America was left alone one more time by the leading players of international politics.

The Trump administration’s threats backfired. Even many friendly countries to the U.S. reacted to Trump and his aides’ bullying behavior. As a response, Trump intensified his criticism of the U.N. system and declared that the U.N. has been contributing not to the solution, but to the deepening of the Palestinian-Israeli conflict. This statement on the U.N. came only three months after Trump criticized the U.N. for mismanagement during his first speech at the General Assembly.

However, Trump’s perception of the U.N. has changed since this third vote. Only three days after its vote on Jerusalem, the UNSC voted 15-0 on a U.S.-drafted resolution asking for toughening sanctions on North Korea. Trump considered the 15-0 vote in favor of additional sanctions on North Korea as the world asking for peace, not death, ignoring the UNSC’s previous decision against the U.S. That is, Trump wants a U.N. that serves U.S. interests only, and allies who are under his absolute control.

Trump’s perception of the U.N. once more demonstrated his inconsistent, unreliable and unpredictable political discourse. In one week, he demonized, and then praised the U.N. As the president of the mastermind state of the organization, Trump caused an existential crisis in the U.N., which is already facing strong criticism from many emerging powers. Trump’s unilateral policies will harm the international system, dominated by the U.S., the U.N. and related multilateral platforms.

Trump and his aides probably know that the U.S. contribution to the U.N. and aid to some countries is not for free. The U.S. acquires regional and global security for its hegemony. Thus, the U.S. always gets something in return for its financial support to other international actors. Therefore, cutting financial contribution to other actors means abandoning its global hegemony. That is, the U.S. is at a significant crossroads to decide what to do, whether to maintain its hegemony or not. It remains to be seen whether this crisis will turn into an American crisis or if it will just be a continuation of the Trump crises.

Why did the Sudanese welcome Erdoğan with open arms?
Next
Loading...
Loading...
We use cookies to ensure that we give you the best experience on our website. If you continue to use this site we will assume that you are happy with it.Ok