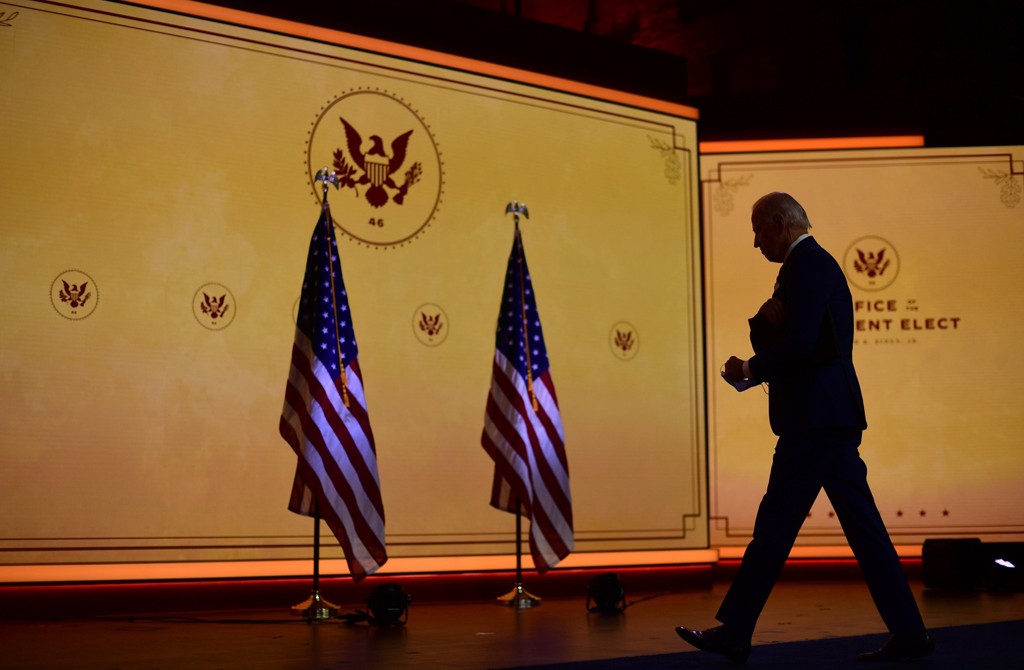 America is back: From where? to when?

Last week, U.S. President-elect Joe Biden announced some of the most senior names of his national security and foreign policy team. The only surprise was the appointment of former Secretary of State John Kerry as a special envoy for climate change with a Cabinet-level position. The other names were mostly expected by Washington pundits.

Last week, U.S. President-elect Joe Biden announced some of the most senior names of his national security and foreign policy team. The only surprise was the appointment of former Secretary of State John Kerry as a special envoy for climate change with a Cabinet-level position. The other names were mostly expected by Washington pundits.

Long-time Biden confidante Antony Blinken was nominated as secretary of state, and another former Biden official Jake Sullivan was nominated to be National Security Advisor. Since the nomination of these names, the debates about the future trajectory of U.S. foreign policy have intensified in Washington.

Blinken and Sullivan were campaign officials for Biden’s presidential campaign and over the last several months, have attended several panels and webinars on a potential Biden administration foreign policy. From their statements, it became apparent that Biden’s foreign policy will have several pillars.

The first pillar is in regard to American leadership around the world. Biden and his team argue that this administration will reclaim a leadership role in the international system. During the announcement of the national security team, Biden stated this openly by saying that “America is back.”

In interviews, Blinken said that the world needs the U.S. to be organized during these kinds of transitional periods and that in its absence, chaos and instability take over. He argues that for the sake of the U.S. national interests and global stability, the U.S. has to lead in key issues around the world.

It is not clear what path the U.S. will take in order to claim a leadership role again or which areas will be prioritized by the Biden team. It is also not clear how other rising powers will react to a new, assertive U.S. foreign policy.

For the Biden team, this cooperation will be reflected through the revival of multilateralism and the U.S.’ participation in international institutions. The team’s willingness to return to the Paris Agreement and Iranian nuclear deal signals this policy.

The Biden team is also expected to give more significance to NATO and to rejoin the World Health Organization (WHO). Barack Obama’s presidency also began with an increased emphasis on multilateralism, however, it failed to provide the desired outcome.

Given the skepticism toward the U.S.’ foreign policy, it is not clear how Biden’s team will manage to achieve cooperation with the U.S.’ allies.

The third pillar will be to focus on the international economy. Biden and his team emphasize the significance of the economy and believe that the U.S. foreign policy needs to change its trajectory due to the shift from geopolitics to geoeconomics – an approach started during the Obama administration following the 2008 financial meltdown.

Former Secretary of State Hillary Clinton proposed the U.S. adopt a foreign policy of economic statecraft, being the use of economic means to pursue foreign policy goals. The Biden team also argues that the economy should be one of the priorities of U.S. foreign policy. Increasing trade volume and negotiating trade agreements with its allies around the world will be at the top of their to-do list.

The Biden team also wants to renegotiate a trade deal with countries in Asia-Pacific and establish stronger economic ties with other allies.

Members of the Biden team have come up with a to-do list to achieve an American comeback in the next four years. However, what is not clear is when they want to take America back to. The end of World War II? The end of the Cold War and unipolar moment? The Obama administration? More significantly, it is not clear what strategy will be implemented to achieve these goals.

The first six months in office will be extremely important for the Biden administration as they will show whether Biden stakes his own path in terms of the U.S.’ foreign policy or if it will be a continuation of the Obama administration, as many have suggested.

Reform in Turkey – but how?
Next
Loading...
Loading...
We use cookies to ensure that we give you the best experience on our website. If you continue to use this site we will assume that you are happy with it.Ok