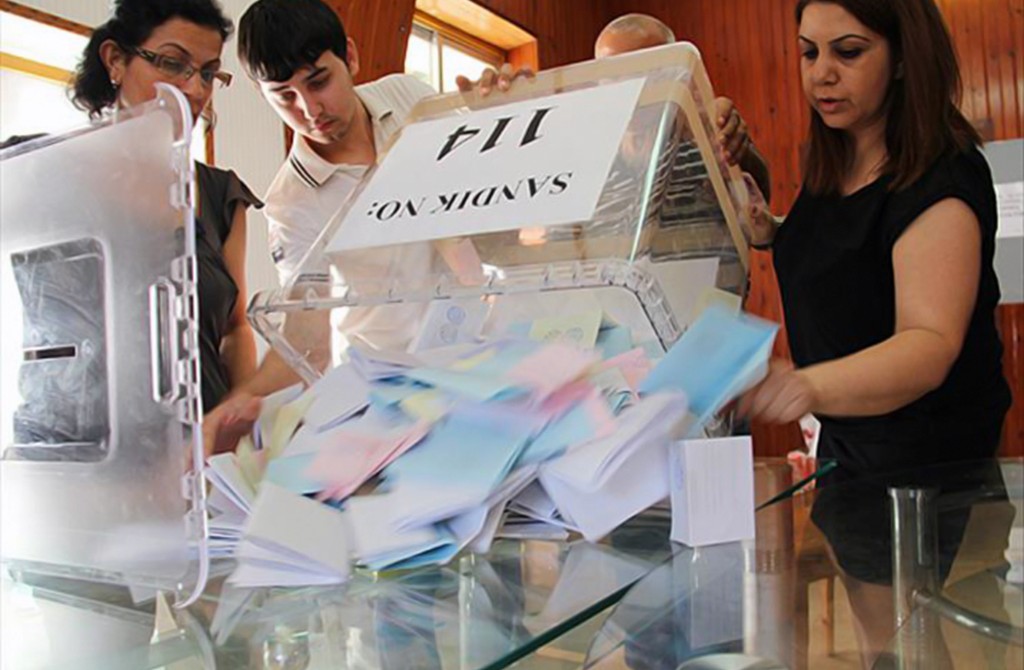 The June 24, 2018 elections will mark a turning point for political parties and politicians in Turkey. A large number of individuals, products of the parliamentary system themselves, will be forced to leave the political arena for good on election day. The Popular Alliance wants five more years to institutionalize the presidential system, which was adopted last year, and to restructure the public sector. The opposition, in turn, promises to restore the parliamentary system – right after getting one of their representatives elected as president.

Although the election’s rescheduling made things slightly more difficult for opposition parties, they have no choice but to put their best foot forward in order to stay relevant under the new rules of the game. The transfer of 15 parliamentarians from the main opposition Republican People’s Party (CHP) to the recently-formed Good Party (İP), along with ongoing talks between the two parties and the Felicity Party (SP) to launch a joint presidential campaign, indicate that the opposition is taking the upcoming election very seriously.

In recent days, CHP Deputy Chairman Özgür Özel claimed that the movement would drive the Justice and Development Party (AK Party) “crazy” by taking a number of key steps up to June 24. In an effort to get rid of President Recep Tayyip Erdoğan, opposition leaders are eager to try just about anything. Their first controversial step was to send 15 parliamentarians to a rival faction – which reminded many Turks of the infamous “Güneş Motel” incident. Clearly, they have additional tricks up their sleeves. With all its might, Turkey’s opposition will exhaust every avenue over the next weeks. Currently, they intend to create a game plan combining domestic and international factors. The Western media, for example, never stopped trying to promote Abdullah Gül or Meral Akşener as powerful Erdoğan rivals. It is no secret that those individuals would be backed by favorable coverage from the international media if they decided to run for office. Western commentators will be quick to talk about the rise of democratic forces against a one-man rule under those circumstances.

The first item on the opposition’s agenda is to find a suitable presidential candidate. Over the next few days, opposition leaders will think long and hard about a number of potential contenders. At the same time, there will be no shortage of effort to form electoral alliances. CHP Chairman Kemal Kılıçdaroğlu could potentially come out in favor of a right-leaning candidate and Meral Akşener might withdraw from the race to return the favor. Likewise, the opposition’s election campaign could tap into extremist and radical arguments. As a matter of fact, Kılıçdaroğlu hinted that the opposition campaign will be polarizing by talking about “the July 20 coup” in Parliament – a reference to the declaration of the state of emergency after the 2016 coup attempt.

It is my understanding that opposition leaders have already concluded that fielding their top choices in the first round and uniting behind Erdoğan’s opponent in the second round would only serve the interests of the Popular Alliance. Therefore, they want to at least try to find a candidate capable of competing with the incumbent in the presidential election’s first round by uniting the opposition around Gül or another right-leaning candidate. If their efforts pay off, three candidates will compete in the first round: Erdoğan, the Peoples’ Democratic Party (HDP) candidate and a third individual backed by everyone else. As such, the idea is to deny the incumbent a first-round victory and secure the HDP’s indirect support in the second round. The reason I excluded the HDP from a potential first-round alliance is that it would make things easier for Erdoğan by alienating nationalist and neo-Kemalist voters.The opposition is willing to try everything because it fears that it will be completely wiped out in the election. Obviously, some politicians, such as Kılıçdaroğlu, could opt to stay in Parliament and in charge of their parties instead of considering a presidential bid. Even if they stick to their plans, however, it is important to note that the changing nature of Turkish politics will force them out of office. After all, Turkey is heading for a historic election on June 24.

Representatives of the old system know that there will be no room left for them in the emerging political arena unless they field a candidate to compete against Erdoğan. Ironically, the opposition’s helplessness and last-ditch attempts look like chaos rather than an original approach. Let’s make one thing clear: The Turkish people vote for change if it pledges stability – not chaos and confusion.

Political parties face challenges and advantages ahead of elections
Previous

The brewing fight between native/nationalists and Westernists in Turkey
Next
Loading...
Loading...
We use cookies to ensure that we give you the best experience on our website. If you continue to use this site we will assume that you are happy with it.Ok