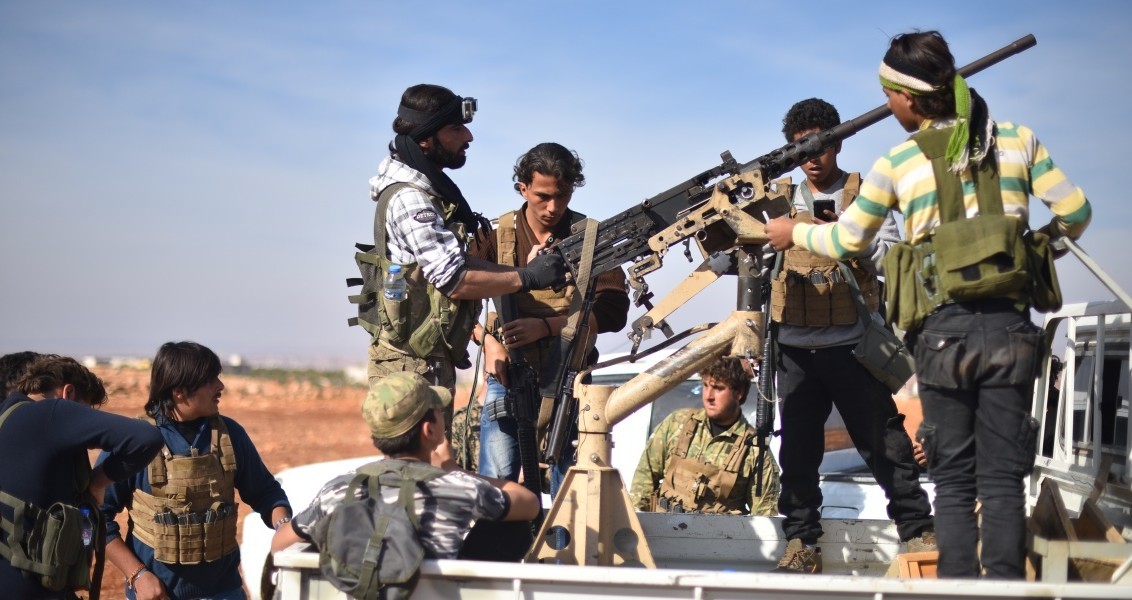 Al-Bab and Turkey’s Fight against Daesh

Since the beginning of the Syrian War and the operational extension of Daesh from Iraq to Syria, Turkey has been among the countries that have fought most actively against Daesh. Ankara recognized Daesh as a terrorist organization very early on and conducted extensive security operations against it, while many countries were just paying lip service to that fight. Still, both policy makers and mainstream media outlets in the U.S. and the EU, as well as their domestic interlocutors in Turkey’s political and civil opposition systematically worked to spread the false perception that Ankara was institutionally supporting Daesh. It was only after the decision by Daesh to conduct violent attacks and suicide bombings in Turkey that the artificial pressure placed on Ankara to facilitate policy compromises with Western actors began to fade. In the meantime, Turkey successfully resisted pressure from Washington to employ its ground troops in the service of American priorities against Daesh.Today, we are going through a completely different regional conjuncture in which the rapprochement between Moscow and Ankara provides the space to maneuver for Turkey to carry the fight to the heartlands of Daesh. As the U.S. gradually alienated its conventional allies in the Middle East, such as Turkey and Saudi Arabia, by playing into the hands of sub-national actors such as the Democratic Union Party (PYD), Turkish foreign policy sought new openings as exemplified by the trilateral agreement with Russia and Iran on the future of Syria. Operation Euphrates Shield indicated the new character of Turkish foreign policy – right after the failed July 15 coup attempt – that a proactive defense strategy will be implemented against terrorist organizations such as Daesh and the PKK/PYD based on attacking their strongholds if and when deemed necessary. The clear success of the operation, which started from Jarablus and created a safe zone around 1,800-sq-km for Syrian civilians and refugees before reaching the Daesh stronghold of al-Bab demonstrated the viability of using hard and soft power elements together in the volatile Syrian theater.

Despite multiple domestic security challenges at home in the wake of intensifying PKK and Daesh attacks, this is why Turkey is determined to continue Operation Euphrates Shield until the main strategic targets are accomplished. These targets include, among others, interrupting the formation of a PYD corridor in northern Syria between Afrin and Manbij with substantial American support, maintaining the safe zone for potential future waves of migration and countering the Daesh threat away from Turkey’s borders. In this context, the strategic Syrian city of al-Bab, so far controlled by Daesh, constitutes one of the key milestones in the advance of Turkish Special Forces along with the Free Syrian Army (FSA). The fight for al-Bab will be extremely tough as the province represents the last major settlement before the major Daesh stronghold of Raqqa, and Turkish Special Forces (TSK) are called on to play an active combat role rather than the supporting duties they have performed so far. News concerning 16 Turkish soldiers killed in Daesh attacks in a single day in al-Bab, along with horrible images that circulated in social media of two slain soldiers by Daesh operatives triggered widespread social grief.

This news, on top of the 46 police officers and 14 soldiers recently killed by PKK attacks in Istanbul and Kayseri, added to the negative atmosphere of pain and anxiety in Turkish society. But the commonsense and collective memory of this society is experiencing testing times, terrorist attacks and international meddling aimed at undermining the integrity of the state and the social fabric. Therefore, social support for Operation Euphrates Shield and the fight for al-Bab remains strong despite news of fallen soldiers. There is widespread acceptance that Turkey’s national security depends on strategic dominance over the PYD and Daesh in Syria, and the only way to achieve this dominance is to accomplish strategic priorities of the ongoing operation, including total control of al-Bab. Although this requires fighting Daesh head on in one of its heartlands, Turkish Special Forces took up the challenge and showed the world that they represent the most effective ground force fighting Daesh on the battlefield. This will obviously undermine the basis for American support to the PYD on the pretext that only they could effectively fight against Daesh and pave the way for Turkey’s future moves towards Afrin and Manbij to further constrain the PYD’s geostrategic presence. What we need is stamina and patience.