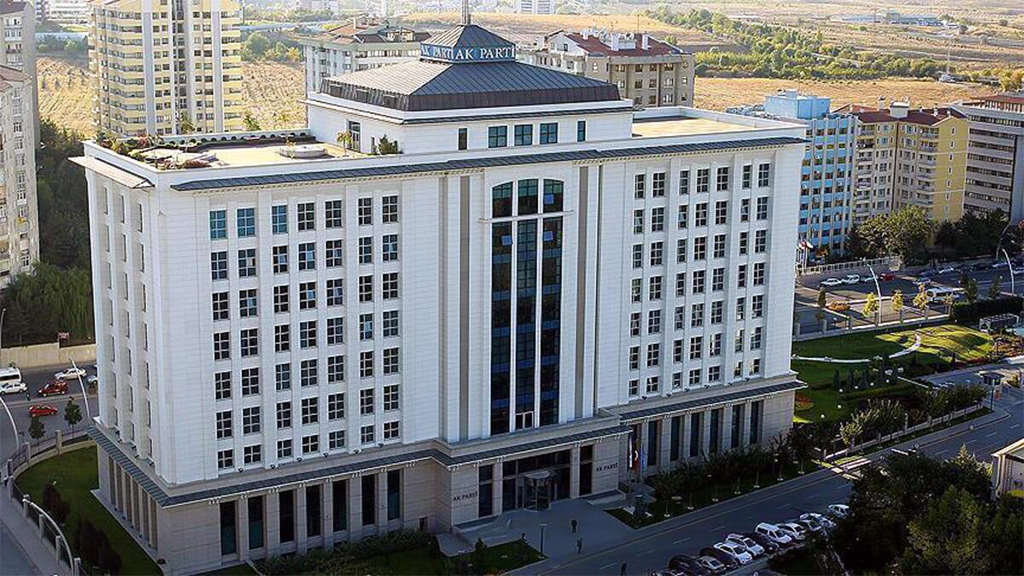 AK Party must keep its momentum

Turkey's foreign policy at the moment is full of hot topics, including the S-400 air defense system agreement, the country's removal from the F-35 fighter jet program, potential U.S. sanctions, the Eastern Mediterranean and northern Syria. How those issues are resolved could determine the next four years of Turkish policy.

Turkey’s foreign policy at the moment is full of hot topics, including the S-400 air defense system agreement, the country’s removal from the F-35 fighter jet program, potential U.S. sanctions, the Eastern Mediterranean and northern Syria. How those issues are resolved could determine the next four years of Turkish policy.

Domestic political issues, such as voter behavior, the opposition’s confidence boost, and moves to form new political parties could manifest themselves in completely different ways within the year. In other words, foreign policy issues could have profound impacts on domestic developments.

The most crucial questions are related to the Justice and Development Party (AK Party) and its leader, President Recep Tayyip Erdoğan. The Turkish president’s future moves and his party’s direction are the subjects of deep curiosity. Others are less curious and more interested in action: Their goal is to isolate the AK Party within and keep the movement on the back burner.

Hence, the popularity of talking points specifically designed to outflank Erdoğan in the political arena in Western media. Reports allege that Erdoğan will lose the 2023 presidential election and possibly call for early elections before then. At the same time, there is an ongoing attempt to account for Turkey’s S-400 purchase with references to Erdoğan’s personal preferences. The Turkish president, they claim, wanted to protect the Presidential Complex with Russian missiles in light of the July 15, 2016 coup attempt.

Those claims are obviously intended to stop Erdoğan from taking additional steps. Allegations of Turkey bidding farewell to the West and calls for the country’s removal from NATO serve precisely the same purpose.

Meanwhile at home, some groups, overinterpreting the Istanbul rerun election’s outcome, keep talking about the AK Party to voice complaints, fuel divisions, question decisions, call for revision and form new parties. It is crucial to analyze this situation accurately. The AK Party must indeed learn from the election results to promote a new spirit of solidarity and measure the presidential system’s performance to make improvements where needed.

Yet the AK Party’s quest for change must not sour into self-blame and hopelessness. Indeed, making that mistake would leave the movement exactly where its domestic and foreign opponents want it: A party lacking the ability to make first moves and forced to play defense.

Let us recall that the People’s Alliance will govern for four more years. Enjoying over 50 percent of popular support, it represents the single most powerful bloc in Turkish politics. Clearly, domestic and international opposition does not want the ruling alliance to govern effectively for the next four years. They want the AK Party to get bogged down in internal strife, forcing it to waste this opportunity.

The opposition’s strategy is twofold. First, they resort to a time-tested method, popular since the Gezi Park protests and the December 2013 coup attempt; namely, to target Erdoğan, his inner circle, his family and all institutions from which he is believed to accumulate power.

Secondly, they argue that those individuals and organizations impede the AK Party. When charged with dividing the ummah, for example, the opposition responds with the claim that their critics are encumbering the ummah. This is intended to undermine the movement’s will to fight back.

Ironically, the Turkish president’s brand of politics has brought together reform and struggle since 2007. One cannot survive without the other. Without this combination, Erdoğan could not have survived the Republican rallies, the closure case, the Davos crisis, the Gezi incident or the 2013 and 2016 coup attempts.

At a time when global and regional turbulence rages on, some members of the AK Party must wake up to the fact that they have been knee-deep in the opposition’s rhetoric. There is a difference between self-criticism and speaking the opposition’s language.

The AK Party must take stock of what it has accomplished and what it could not in 17 years and decide what it wants to do now. There are some people eager to let the next four years go to waste.