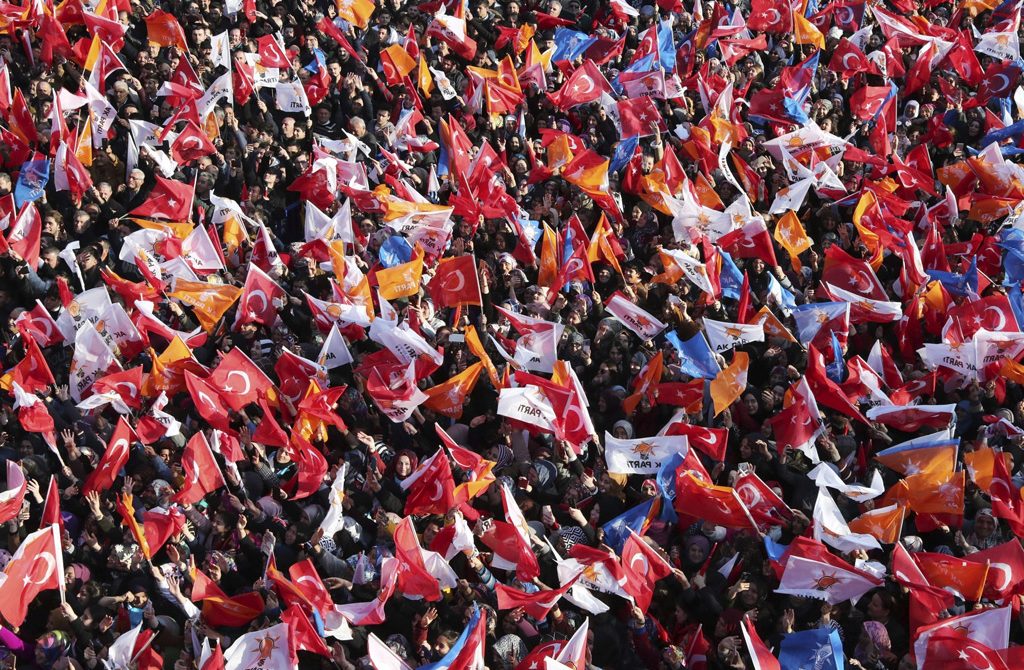 It has been 21 years since the Justice and Development Party (AK Party) was founded and 20 years since it came to power. Throughout the two decades of the AK Party period, many academicians and observers used different concepts to describe the foreign policy orientation of the AK Party. While some claimed that the AK Party government tried to consolidate its economic position and become a “trading state,” others claimed that Türkiye attempted to achieve a “shift of axis” to turn away from the West.

There have been several significant developments in Turkish domestic politics that led to a large-scale transformation in foreign policy. The AK Party government has initiated important processes in domestic politics that have heavily influenced foreign policy. First of all, the AK Party launched a process of normalization that ended with a “silent revolution.” State institutions have reconciled with Türkiye’s civilization, history and culture. The state identity has been redefined and a new political perspective on diversity and differences was adopted. According to this new state identity, Türkiye has decided not to simply label nations as “enemies” and has begun to initiate dialogues with all countries.

Second, Türkiye initiated a nationalization process, which ended up with the restructuring of Turkish domestic politics and the diversification of foreign policy actors. Besides the Ministry of Foreign Affairs, many other governmental and sub-governmental institutions such as the Turkish Cooperation and Coordination Agency (TIKA), the Presidency of Turks Abroad and Related Communities (YTB) and the Disaster and Emergency Management Presidency (AFAD) have begun to play important roles in the execution of foreign policy. Furthermore, hundreds of nongovernmental civil actors conduct many humanitarian and developmental projects worldwide.

However, the most important new actors of foreign policy are the Turkish Armed Forces (TSK) and the National Intelligence Agency (MIT), the two traditional inward-looking actors in Turkish domestic politics. After the July 15 failed coup attempt, the Turkish security institutions were largely restructured. The AK Party governments largely eradicated the military tutelage in Turkish politics. These two institutions have experienced a large institutional transformation, and they have begun to play important roles in external affairs.

For this, domestic security was clearly separated from external security. The Gendarmerie General Command and the Coast Guard Command were transferred from the Ministry of Defense and put under the Ministry of Interior, which is solely responsible for domestic security. During this new period, both the TSK and the MIT have abandoned reacting against domestic threats and began to protect the national security of Türkiye against external threats. As a result, Türkiye has successfully executed many large-scale military operations in Syria, Iraq, Karabakh and Libya. Similarly, the MIT has carried out many covert operations against anti-Turkish organizations in different regional countries.

Third, Türkiye has diversified its foreign policy issues during the AK Party period. Diversification of foreign policy issues has contributed to enabling a wider range of foreign policy actors. In particular, the revolutionary developments in the “domestic” and “national” defense industry have greatly contributed to Türkiye’s increasing self-confidence, independence and deterrence. Türkiye has gained self-reliance in its struggle against terrorism and emerged as a deterrent power in its region that can take initiative. Türkiye has begun to export new generations of weapons to other countries as well. Turkish drones were successfully used in Libya, Karabakh and Ukraine. In the end, the increased military capacity has led to the adoption of a new security strategy and an autonomous status in its foreign policy orientation.

Fourth, one of the most significant factors influencing Turkish foreign policy during the AK Party government is the political stability provided by the party. Türkiye suffered a lot during the short-lived coalition governments of the 1990s. Domestic political stability has allowed Türkiye to take effective steps in foreign policy. After the abolition of bureaucratic tutelage, elected politicians have begun to play more effective roles in designing and executing foreign policy. The leadership of President Recep Tayyip Erdoğan has been extremely important. First as prime minister and then as president, Erdoğan has played a decisive role in executing a high-profile and pro-active foreign policy. One of the most important indications of Erdoğan’s leadership is his mediation efforts between Ukraine and Russia. Erdoğan has persuaded the warring sides to reach an agreement allowing the export of grain to the world market. Most recently, he has been trying to persuade the two sides to establish a cease-fire and end the war.

Lastly, the AK Party governments and Erdoğan’s leadership initiated the development of an Ankara-centered, i.e. independent, foreign policy orientation. Türkiye, which has abandoned its traditional ideological understanding, has been emphasizing its national interests throughout the AK Party period. Türkiye has been following a rational, pragmatic, interest-oriented and sectoral foreign policy. In principle, it is ready to have direct dialogue with all countries worldwide.

Libya crisis: Is Tripoli at the brink of another war?
Next
Loading...
Loading...
We use cookies to ensure that we give you the best experience on our website. If you continue to use this site we will assume that you are happy with it.Ok