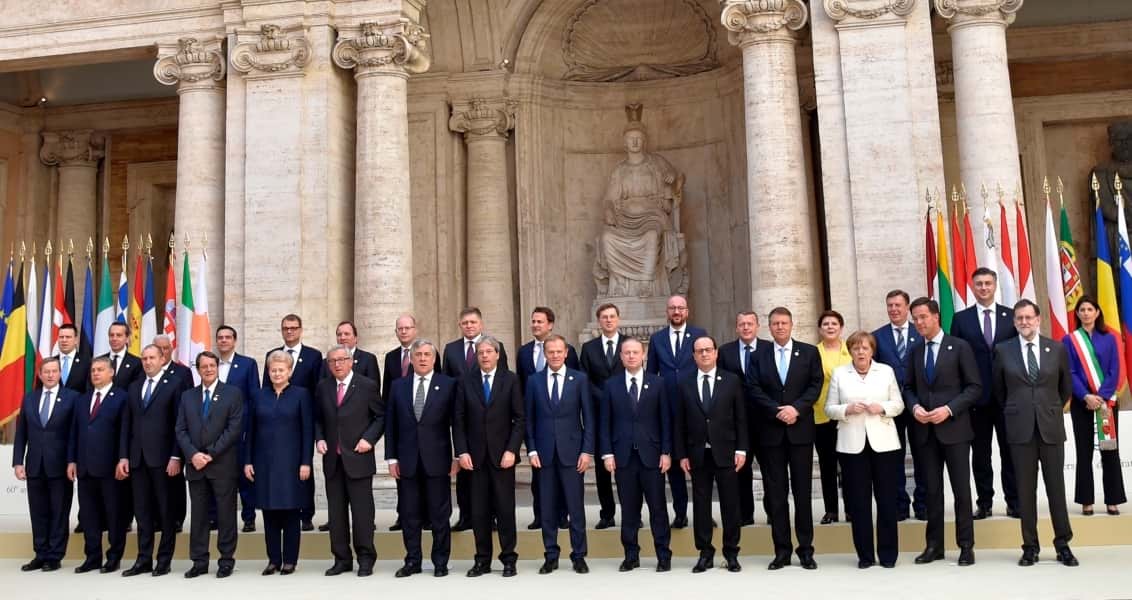 Today's European leaders' use of lies in their anti-Turkey propaganda reminds us of the method used by Hitler and his propaganda minister, Goebbels

Turkey is on the threshold of an important political transformation. If the “yes” decision comes out of the referendum, held on April 16, Turkey will transition to a new administrative system. The long-winded crises of government that Turkey has suffered will end. Alongside this, relations between the legislative, executive and judicial will be structured according to the basis of checks-and-balances, in a democratic framework.

In the analyses that have been written about the referendum, we come across negative comments that are partially caused by a lack of information and partially due to deliberate attempts at distortion. Consisting of 18 articles and presenting a new administrative model for Turkey, the constitutional change is not being discussed over the articles it contains but rather through prejudices that are speedily injected after being created by being anti-Erdoğan. Unfortunately, the main communication strategy that is applied in order to reinforce these prejudices is spreading lies. Many actors who are anti-Erdoğan do not hold back from pretending that articles that do not belong to the 18 articles proposed exist and regard this as a political strategy.

This is not just a strategy that is applied by citizens of Turkey who will vote “no” in the referendum. It is a strategy that has been taken up by politicians in countries such as Germany, Holland, Austria, and Switzerland, who have interests in Turkey’s domestic politics. Today, the European political communication campaigns that are being led based on lies about the referendum in Turkey brings to mind Hitler and his Propaganda Minister Joseph Goebbels.Since last week, the German state television ARD has been broadcasting a short video supporting the “no” campaign. This video has been prepared to influence Turks living in Germany to make them vote “no.” However, what is mentioned in this video about the proposed presidential system and the supposed warnings have nothing to do with reality.

Among a large part of the population, these types of initiatives are regarded as interventions into Turkey’s internal politics and serious opposition sentiment is growing toward the country carrying out this intervention. But the issue is even worse. The propaganda is built on lies and ignores the fact that Turkey is a democratic country with a political population that has the capacity to determine its own fate. In the video broadcast on ARD, there are five reasons listed for voting no. What is being said?

3) “Parliament will lose its independence and power.” False. The truth is that it will be through the new system that Parliament will be able to become a legislative and executive body with oversight on the president. In the present system, 98 percent of laws are proposed to Parliament by a ministerial board and Parliament makes into law these proposals. In the new system, the authority to make laws will be with Parliament alone.

4) “The judiciary will lose its independence; the president will control the appointment of judges and their promotion.” False. The truth is that the High Council of Judges and Prosecutors (HSYK) will carry out the appointment and promotion of judges. The president will select four members of the HSYK and Parliament will choose the remaining seven.

5) “The president will become so powerful that neither the judiciary nor the legislative branch will be able to control it.” False. In truth, Parliament will be able to audit the executive through research, general debate, written questions, and investigations. Parliament, due to its power of making laws, will designate the space the executive has. The president, who in the current system has no responsibilities to the system, will be made to face legal and criminal responsibilities. The president will be prosecuted with allegations of criminal activity at the Supreme Court through the will of Parliament.

All of these realities are in front of us in written form. Despite this, pretending that these do not exist and disseminating propaganda in lies is regarded as being acceptable by many Europeans when it concerns Turkey. The Orientalist perspective reminds them of Goebbels and his techniques. How sad!

The Specter of Turkey and the Future of Europe
Previous

Hate Speech In the Netherlands
Next
Loading...
Loading...
We use cookies to ensure that we give you the best experience on our website. If you continue to use this site we will assume that you are happy with it.Ok