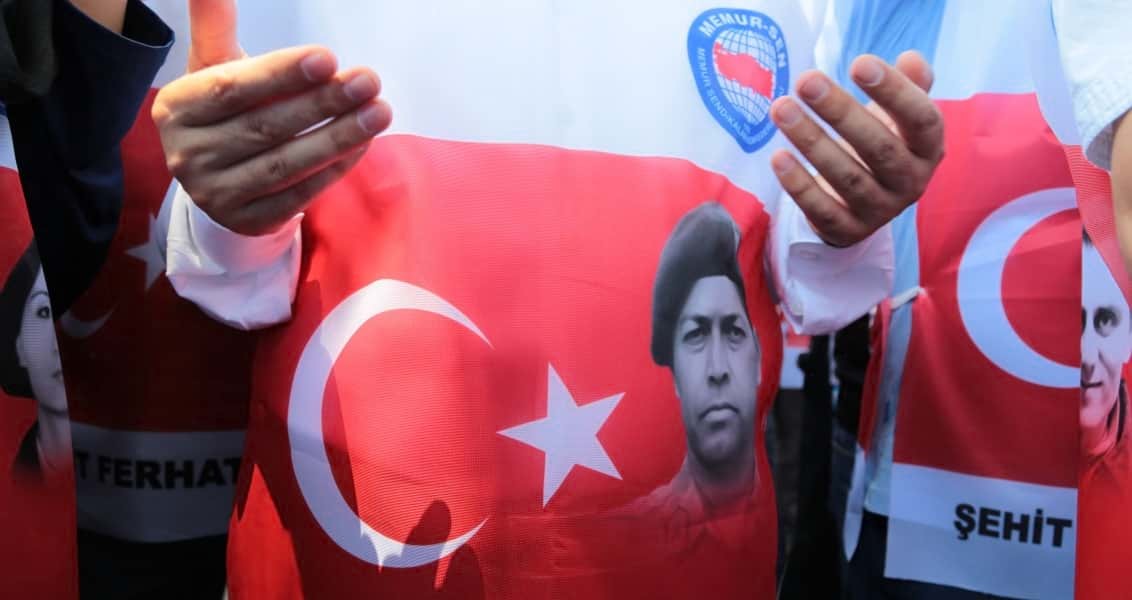 A Year Later, Remembering the Bravery of Turkish People On July 15

The treatment of the protesters that night and the violence they inflicted on Turkish society was a sign of what a dreadful regime they wanted to build after the takeover of the government.

Stefan Zweig’s 1927 book, “Decisive Moments in History,” tells the stories of decisive moments that dramatically changed the course of history. According to Zweig, these five to 14 historical instances (depending on the edition) not only changed the life of the individuals that were involved but also transformed the flow of history in the field of its protagonists.

The conquest of Istanbul is one of them for instance and the Battle of Waterloo is another. Although the historical accuracy of the stories has been challenged by historians, many agree that these events were critical junctures in human history.

On the night of July 15, 2016, another one of these decisive moments took place in Turkey. Although we are only at its first anniversary, history will definitely write it down as a moment that transformed many things. On that fateful night, a group of military servicemen tried to take control of the government. The group had infiltrated the Turkish army long ago in order to overthrow the democratically elected government and to found a regime that would solely serve their political purposes.

The treatment of the protesters that night and the violence they inflicted on Turkish society was a sign of what a dreadful regime they wanted to build after the takeover of the government. These officers had ammunition, tanks, F-16 fighter jets and helicopters at their disposal. They occupied some of the most critical command and control structures of the Turkish Air Force. Most dramatically, they had the will to use these against the people they took an oath to serve.

At this critical juncture, the Turkish people rose up with the utmost courage and prowess and stood up to these weapons with their bare hands and bodies. While the world was expecting the overthrow of the government and the putschists were hoping for a smooth take over, the unexpected, unanticipated and unforeseen power of the Turkish people emerged in front of guns and tanks. People from different segments of society were on the streets to defend their rights, freedoms, and democracy.

A woman in her 50s emerged driving a dump truck to carry protesters to the city square. Sitting next to her was another woman around the same age co-piloting. Young men and women of different ages from different ethnicities, religions, classes and educational backgrounds were standing in front of the tanks, lying in front of war machines and using their bodies as trenches to stop the movement of the tanks.

Professors, engineers and doctors were on the streets as well. A mother of three left her house to join the resistance telling her friends that she needs to protect the future of her kids. The president of the country, Recep Tayyip Erdoğan, who mobilized the Turkish people, also emerged at the airport with the people. His defiance, commitment and dedication that night is considered one of the turning points by observers of Turkish politics.

It was one of those rare moments in history when men were standing in front of tanks became a common occurrence throughout Turkey. Every man and woman became the tank man and tank woman. Everybody on the streets of Turkey had that spirit of heroism, resilience and perseverance. The resistance of the Turkish people became the emblematic case of the nonviolent struggle against the world’s putschists.

There was no sign of fear or surrender that night. In an interesting video of the events that night when one reporter described the situation live on TV and expressed “the fear” of the people who were being shot at by the putschists in Istanbul, the people immediately intervened in the live TV broadcast asking the reporter to fix his statement.

Another one interjected by saying that, “this is a second Gallipoli,” referring to the heroic Battle of Gallipoli, “the country will not be divided and we will not give up Istanbul.”

Indeed it was as heroic as the battle in Gallipoli. In 1915, the battle was against an external enemy that tried to invade the country. However this time they were facing the betrayal of some members of the military. The disappointment and confusion among the people were short lived. Soon these feelings were transformed to resilience and perseverance. Hundreds of people were killed and thousands were wounded that night. But people did not back down. To those who watched the moments that night caught on tape, the honor, valor and spirit of the Turkish people still give me goosebumps.

After that fateful night on the morning of July 16, things became clearer. As suspected at the first instance, Gülenists within the military were responsible for the coup. More than a year ago, prosecutors named them the Gülenist Terror Group (FETÖ), underlining the threat the group posed to national security.

However, that night a dangerous segment of the organization was defeated by the people. Many in Turkey were expecting a long period of instability and violence in Turkey after the coup attempt. Nonetheless, on the morning of July 16, despite the traumatic experience, the Turkish people decided to move on. The putschists, despite their violence, were detained and put on trial. The economy did not suffer any major shocks. The war on terror continued with significant success. The Turkish Armed Forces organized a major offensive on multiple terrorist organizations in neighboring Syria.

There was disappointment about the lack of sympathy and recognition of the trauma from foreign friends. Most of them failed to understand what Turkey went through that night. However even that feeling was short-lived. Many remembered the words of acclaimed director Nuri Bilge Ceylan during his speech at the Cannes film festival, “My beautiful and lonely country, which I love passionately.”

On the first anniversary of that tragic and fateful night, people in Turkey are commemorating the losses and celebrating the glory and victory of civilian power.

One Year On: Economic Resistance to July 15
Previous

To Uphold and Preserve Legacy of July 15
Next
Loading...
Loading...
We use cookies to ensure that we give you the best experience on our website. If you continue to use this site we will assume that you are happy with it.Ok