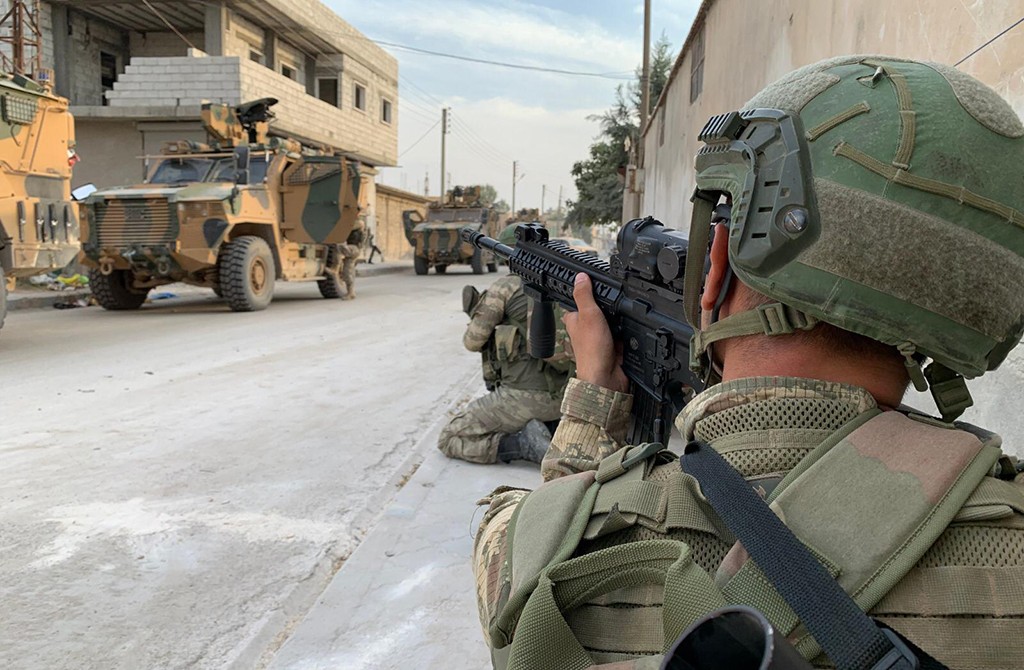 A U.S. delegation, led by Vice President Mike Pence, visited Turkey’s capital, Ankara, to conclude a 13-point agreement. The Trump administration thus agreed to Turkish President Recep Tayyip Erdoğan’s demand for the People’s Protection Units (YPG) withdrawal from the safe zone. Within 120 hours, the United States will facilitate the YPG’s retreat, as Turkey suspends its military operation. Washington also pledged to collect the YPG’s heavy weapons and destroy the group’s fortifications and positions. Under the agreement, Turkey will enforce a 32-kilometer deep, 444-kilometer long safe zone east of the Euphrates River. The Trump administration will lift existing sanctions and impose no additional sanctions on Turkey. The two NATO allies also agreed on the need to completely eliminate the terrorist organization Daesh in northeastern Syria.

One thing is clear: it was Operation Peace Spring that facilitated the Turkey-U.S. agreement. Washington agreed to YPG’s withdrawal from the safe zone only when the Turkish military and the Syrian National Army (SNA) killed 702 terrorists. The Turks showed the world that they were committed to fighting terrorism – even amid U.S. objections. This is a victory for Erdoğan’s multifaceted diplomacy with the great powers, including the United States.

Without a doubt, it is good news that the two NATO allies could ignore a scandalous letter and tensions over U.S. sanctions to shake hands on a safe zone. Let us hope that Washington will appreciate the second chance that the Turkish president agreed to on cooperation with the United States. Let us also hope that the U.S. Congress will stop trying to mount pressure on the Trump administration over Turkey, and withdraw all existing sanctions bills.

Prior to Thursday’s agreement, the Washington establishment accused Trump of playing into the hands of America’s enemies – Bashar Assad, Iran and Russia. In truth, the White House was doing the complete opposite. Absent cooperation with Turkey, a disorderly U.S. withdrawal from Syria threatened to help Russia and the Assad regime. Nor could Congress stop the strengthening of the West’s adversaries through anti-Turkey activities. The only way to mitigate those risks was to work with Ankara – as the Trump administration ended up doing.

Luckily, Erdoğan’s strong leadership and determination seem to have cured, at least for now, Washington’s strategic blindness. Failure to abide by the Turkey-U.S. agreement will obviously lead to the resumption of the Turkish operation.

Trump helped himself by accepting Erdoğan’s offer. Vice President Pence’s involvement in diplomatic negotiations, too, will make evangelicals happy and help the U.S. president on the campaign trail. At the same time, the agreement stands to alleviate congressional pressure on the White House over the U.S. withdrawal from Syria and prevent additional threats against American interests in the Middle East.

Let us recall that the architects of the Obama administration’s Syria policy, together with Congress and U.S. Central Command (CENTCOM), nearly doomed President Trump’s policy to fail. Thanks to the eagerness of both sides to overcome challenges, Washington got a second chance. Erdoğan presented Pence and the U.S. delegation an opportunity to fix Washington’s past strategic mistakes.

If President Trump can keep his promises, he can address a serious problem in bilateral relations, namely he U.S. partnership with the PKK terrorist organization’s Syrian component, and start winning back Turkey. Trump can rebuild trust between Turkey and the United States. Meanwhile, Washington can work more closely with the Turks, who will play an even more prominent role in negotiations over Syria’s political transition now, as it leaves the Syrian theater. Indeed, this arrangement serves Turkish interests and the interests of the Western alliance.

Turkey, in turn, gets to be more comfortable in diplomatic talks with Russia and Iran. It has a greater chance of securing Western support in negotiations over Idlib’s fate and for the Turkish plan to resettle Syrian refugees in the safe zone.

It is no secret that Western leaders are not particularly fond of Donald Trump. But the U.S. president made a very smart (and admittedly unexpected) move by sending his vice president and a senior official delegation to Turkey.

Let us hope that Washington “won’t be a fool” and will take the second chance that the Turkish president has just given them.