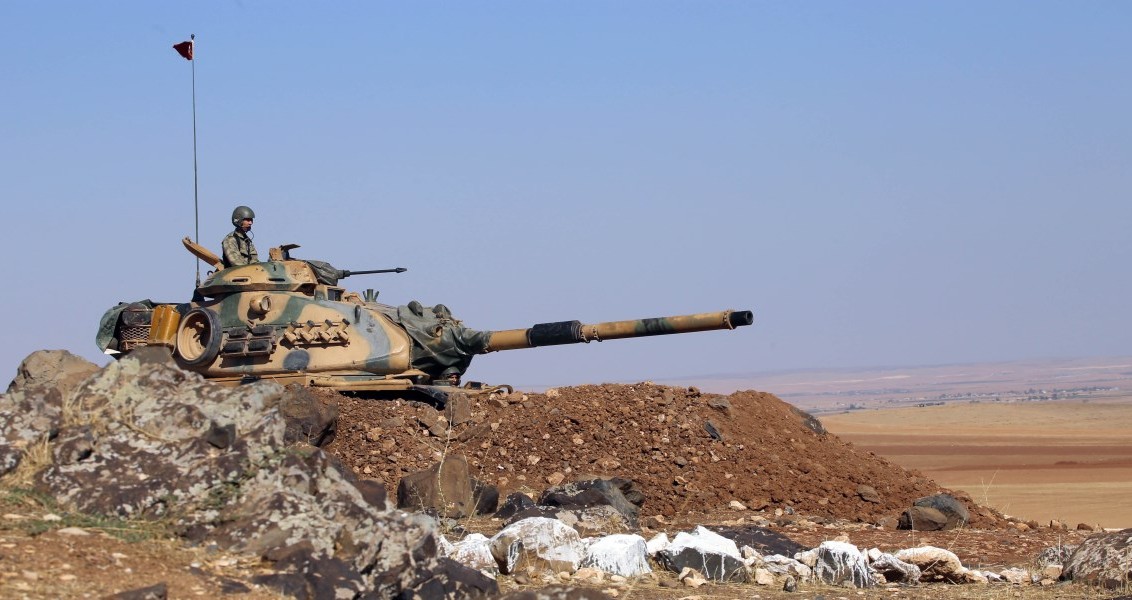 A Turkish Intervention in Syria?

The Geneva-III peace talks collapsed earlier this month as the negotiating parties figured dialogue was just another word for helping Bashar Assad’s regime gain some time. The Obama administration, …

The Geneva-III peace talks collapsed earlier this month as the negotiating parties figured dialogue was just another word for helping Bashar Assad’s regime gain some time. The Obama administration, whose representatives are more interested in negotiations than an actual solution, continue to let the Kremlin set the pace and dictate terms.

As the United Nations suspended the talks, Russia and the Assad regime stepped up their efforts to eliminate the moderate opposition. If the regime forces manage to gain control over the Castillo road, Aleppo’s main connection to the world, the Syrian civil war might enter a new stage. The fall of Aleppo would severely worsen the humanitarian crisis in Syria. According to Turkish officials, over 1 million refugees will march to the border while regime forces massacre the moderates in the Syrian towns and across the countryside.

At this point, the Syrian regime finds itself in a good position thanks to Russia’s direct support and Washington’s tacit approval. With the moderate rebels eliminated, Bashar Assad will be left alone with the Democratic Union Party (PYD), an organization with whom he has always enjoyed close relations, and DAESH, a convenient opponent that the entire world is fighting.

In light of the most recent developments, Turkey and Saudi Arabia find themselves in a tough spot. Military intervention in Syria would create serious challenges for both governments, but letting the regime forces eliminate the moderate rebels would be equally problematic. Between a rock and a hard place, as they say.

If the moderate rebels are eliminated, Turkey’s southern border will be controlled by the Assad regime and the PYD forces, the PKK’s Syrian franchise. At the same time, the total number of Syrian refugees in the country will soar to nearly 4 million.

Concerned about Iran’s growing influence over the Middle East and a new wave of Sunni radicalism, Saudi Arabia recently announced that they were prepared to deploy ground forces to Syria in order to fight DAESH. President Recep Tayyip Erdoğan, meanwhile, reiterated his commitment to creating a safe zone across the border where the international community could build refugee towns – the only reasonable proposal on the table right now.

President Erdoğan, speaking on his way back from Ecuador, told reporters that he was “unwilling to make the same mistakes in Syria as [Turkey did] in Iraq.” Arguing that he had been in favor of a 2003 proposal to base U.S. troops on Turkish soil during the war, the president remarked that “the proposal would have earned Turkey a seat at the negotiating table. It’s important to keep an eye on the horizon. The current situation in Syria is unsustainable.”

Although political commentators were quick to argue that Erdoğan had called for a military intervention, my sense is that the president would rather lend support to a NATO-led mission – an admittedly distant possibility. There are two alternatives: Turkey could form a coalition with Saudi Arabia to pursue limited goals in Syria. With indirect support from Washington, the ground force could possibly balance the scales in the Syria peace talks. Otherwise, the civil war could quickly evolve into a regional free-for-all. Or Turkey could take unilateral action – which is less likely but not completely off the table.

No Time for Another Sykes-Picot
Previous