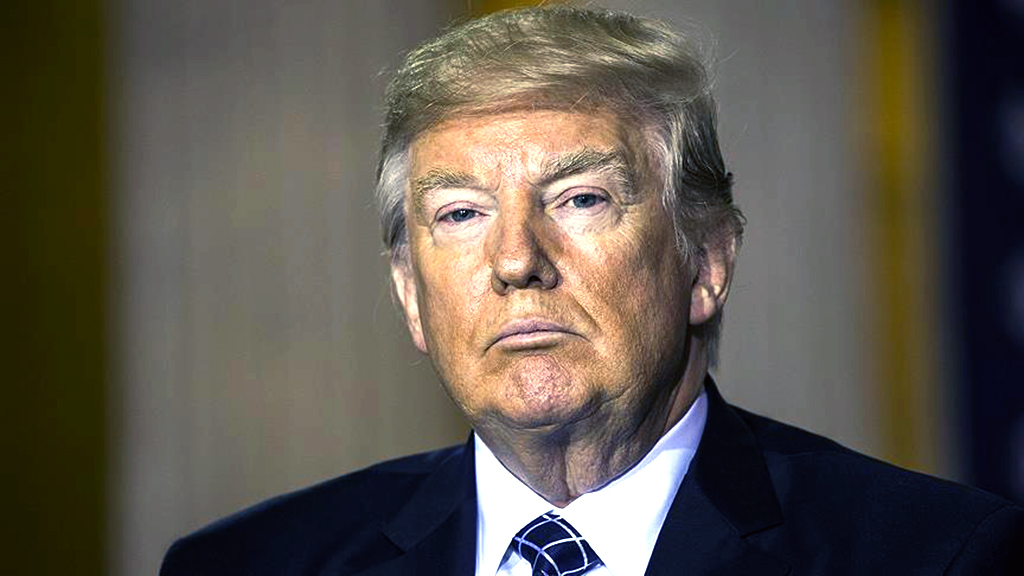 Clearly, the Trump administration's threats were intended to prevent the U.N. General Assembly from voting overwhelmingly to support a resolution sponsored by Turkey and others.

Having painted itself into a corner with its Jerusalem move, U.S. President Donald Trump’s administration developed an aggressive and vicious attitude, which was in line with Trump’s recently announced national security strategy that puts economic interests and military power first. Ahead of the U.N. General Assembly vote on Thursday, Washington’s U.N. ambassador, Nikki Haley, started issuing open threats as the administration pledged to cut U.S. financial aid to countries that would support the Jerusalem resolution. “They take hundreds of millions of dollars and billions of dollars and they vote against us,” Trump said. “Well, we’re watching those votes. Let them vote against us, we’ll save a lot.”

Obviously, the Trump administration was threatening countries in the Middle East and Africa, which receive military and financial aid from the United States. More specifically, countries like Afghanistan, Jordan, Pakistan, Kenya, Ethiopia, Syria, South Sudan, the Democratic Republic of Congo, Nigeria and Iraq, which receive development aid from Washington, have been put under pressure.

As such, the U.S. president personally made it clear to the international community that the so-called liberal values that Washington had been claiming to promote, no longer enjoy moral superiority. To be clear, his words reflect the selfish idea of “America First,” which seeks to bully independent countries into submission, as opposed to some type of principled realism. By issuing threats, the Trump administration reminded the world how closely tied the U.N. system is to American interests and presented the international community with the threat of unadulterated brute force. The whole episode looked like a scene from a Hollywood film when an American businessman imitates a cowboy and shows the audience his gun.

As America’s new national security strategy clearly shows, the Trump administration is prepared to resort to violence in order to protect U.S. interests. He stresses the importance of economic security to present the American people a populist brand of nationalism. Moreover, the administration views China and Russia as Washington’s adversaries and sees Iran and North Korea as rogue states. The new strategy also makes references to the fight against radical Islamism, which should make the authoritarian governments of certain Gulf countries quite happy. But the weak spot of Trump’s national security strategy is the lack of a basis in shared norms. Instead, the administration seems to believe that it can maximize U.S. interests by using force.

As a matter of fact, the Jerusalem move established that the U.S. lacks the mechanisms and discourse necessary to legitimize its use of force. To make matters worse, Washington does not seem to care.

Clearly, the Trump administration’s threats were intended to prevent the U.N. General Assembly from voting overwhelmingly to support a resolution sponsored by Turkey and others. Therefore, it was President Recep Tayyip Erdoğan who responded to Trump’s opening salvo. Recalling that “Turkey’s democratic will cannot be bought with a fistful of dollars,” Erdoğan urged the world to not “auction of your will in return for a small amount of dollars, for you can get back those dollars in the future, but your will, once gone, won’t come back. I hope that the U.S. will fail to get results and the world will teach [Washington] a lesson.”

The Turkish people know all too well how easily the U.S. can put shared values on hold for the sake of its selfish interests. In recent years, Washington supplied weapons to the PKK’s Syrian affiliate People’s Protection Units (YPG), harbored the leader of the Gülenist Terror Group (FETÖ) and commissioned former Turkish police chiefs to manufacture evidence. Today, Turkey assumes a historic role in the defense of dignity and justice against Washington’s illegitimate decision and subsequent threats.

Clearly, some countries have bowed to the United States. Bahrain’s foreign minister, Sheikh Khalid bin Ahmed al-Khalifa, recently claimed that the question of Jerusalem is not worth alienating Washington. However, it is important to note that various Arab countries, which have been intimidated by Trump’s threats, will suffer a loss of legitimacy at home akin to what the U.S. experiences in the international arena under the Trump administration. The surrendering of certain Gulf countries, which desperately want to contain Iran, will make them the first victims of the coming chaos in the Middle East.

The Trump doctrine, which glorifies U.S. selfishness, should serve as a reminder to all of the administration’s allies how quickly Trump could turn his back on them, provided they are willing to recognize the signs.

An American or another Trump crisis?
Next
Loading...
Loading...
We use cookies to ensure that we give you the best experience on our website. If you continue to use this site we will assume that you are happy with it.Ok