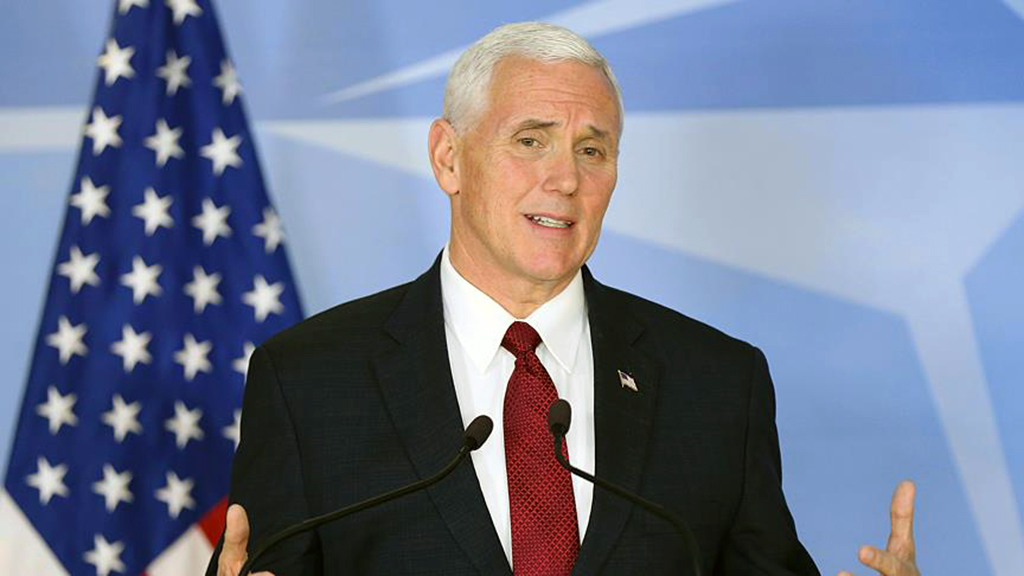 A partnership at risk: Future of US-Egyptian relations

If Egypt is really making an axis shift from its historic ally U.S. to Russia, then Pence's upcoming visit to Cairo will be very important for the future of Washington's Middle East strategies 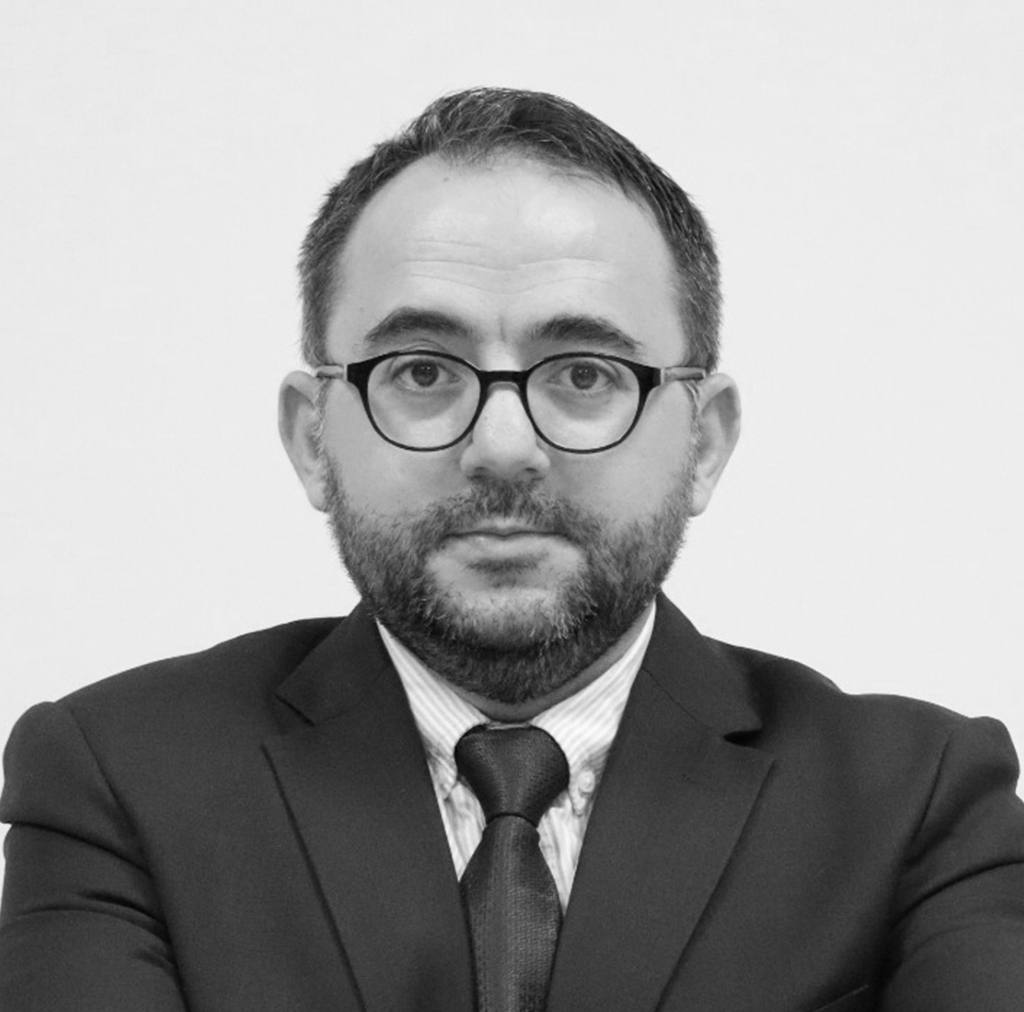 The Middle East has been experiencing a changing status quo and renewed alliances. Traditional allies change sides and establish new partnerships with other regional and international actors. Relations between Egypt and the United States have increasingly begun to be assessed in this context. The U.S. does not hide its discomfort with some of the foreign policy choices that Egypt has made recently. Some analysts interpret this as a state of crisis that has not been named between the two countries. The situation made itself increasingly felt, particularly throughout 2017.

The attitude of President Abdel-Fattah el-Sissi and his administration toward Jerusalem, the occasional disagreement with Washington in its policies on Saudi Arabia and the adoption of a rapprochement policy with Russia are at the top of the list that creates concern for President Donald Trump’s administration in its relations with Egypt. While Washington threatens to cut off its military aid to Egypt, political circles in the U.S. have been heavily criticizing the Sissi regime. Despite the occasional contacts between Trump and Sissi, it is obvious that relations between the countries are not at the desired level.

This situation becomes increasingly apparent in the relations between the two countries and their approach to regional and global issues. The Jerusalem crisis of December 2017 was one of the indicators of this situation. Following Trump’s declaration of Jerusalem as the capital of Israel, Washington met Egypt’s stance with criticism. The more disturbing issue for the U.S. with regard to Egypt is the gradual convergence of the Sissi regime with Russia. The transformation of relations between Cairo and Moscow into a strategic alliance is a source of great concern for foreign policy circles in Washington.

Therefore, it is of great importance for the U.S. government to increase its engagement with Egypt to prevent its further rapprochement with Russia. Considering Egypt as a country with vital importance in terms of regional policies and Israel’s security, the U.S. government does not want Cairo to move out of its orbit in foreign policy and fall in to the line of Russia or another international actor. However, Washington has begun to take measures to reverse Egypt’s direction. At this stage, it is useful to mention some recent developments to better understand the crisis between the two countries.

Palestinian cause at the center

One of the most visible crises in Egypt-U.S. relations was the diverging policies of both countries toward the Israeli-Palestinian issue. In December 2017, Trump announced that Washington recognizes Jerusalem as the capital of Israel. This announcement came with harsh criticism for Trump, particularly from Muslim-majority Middle Eastern countries. Egypt was one of these countries, and the Egyptian public particularly criticized the Trump administration. Although Sissi was not directly targeting the United States, it was impossible that the Egyptian government would remain unresponsive to the unilateral attempt by the U.S. to change the status of Jerusalem, which is a sensitive subject for the Egyptian public. As a matter of fact, the Sissi administration took the lead in bringing the decision of the United States to the United Nations Security Council (UNSC), considering the rising wave of reactions from the public. The draft, in which Trump’s decision was condemned and the statement that Jerusalem’s status could not be changed, was vetoed by the U.S. in the UNSC. So the regime has followed a policy of balancing in this process, taking into account the public reaction to the U.S. from one side and avoiding any attitude that seriously damages relations with Washington and Israel.

Another indication of this was the attitudes of Al-Azhar and the Coptic Church. These two institutions, which are closely related to the Sissi regime, took a clear stance on the U.S. administration, taking into account the public’s reaction. One of the most important reasons behind the cancellation of U.S. Vice President Mike Pence’s planned visit to Egypt in December was that these two institutions refused to meet with him. While this negative response from Egyptian actors was a major blow to Washington, it was later announced that the visit was postponed to January. These developments further caused a deterioration in U.S.-Egyptian relations.

The more important issue that disturbs Washington about the foreign policy tendencies of the Sissi regime is the rapprochement between Cairo and Moscow. Since the coup in Egypt in 2013, Russia has shown a great interest in Sissi, who came to power with the coup. The main motivation for Sissi to maintain strong relations with Moscow is to develop a strategic partnership with one of the rising global actors in case he experiences damage in his relations with the West. Therefore, from 2013 onward, Sissi responded positively to Russia’s partnership request in many areas and sometimes won the support of President Vladimir Putin at the expense of tensions with Washington. Defense industry agreements with Russia played an important role in establishing this relationship. The most striking of these agreements was made in June of 2017 when Russia agreed to sell 50 Mig52 warplanes and at least 46 Ka52 attack helicopters to Egypt.

The rapprochement between Russia and Egypt has become even deeper, especially in 2017, and the two countries have taken steps to develop strategic cooperation. There are two major developments between the two countries that led to deepening cooperation. The first is Russia’s decision to build Egypt’s first nuclear power plant and the second is Egypt’s acceptance to allow Russian warplanes to use Egypt’s military bases. Talks on the construction of a nuclear power plant began in 2014, but relations between the two countries iced up after Daesh brought down a Russian passenger plane with a bomb in Egypt’s holiday town of Sharm el-Sheikh in 2015. However, especially in 2017, negotiations accelerated on the construction of the nuclear power plant. Finally, an agreement was reached during Putin’s visit to Cairo last December. According to the agreement, the plant will be built near Daba, 130 kilometers north of Cairo, and will cost $30 billion. Russia will reportedly provide $25 billion in loans to Egypt for the construction of the plant, and the first installment of this loan will start in 2029 and will be repaid over 22 years at 3 percent annual interest. It is anticipated that production at the nuclear power terminal will begin in 2026.

The second and more important development in this sense was opening Egypt’s military airports to Russian warplanes. Following a positive outcome of ongoing negotiations on the issue, Russian Defense Minister Sergei Shoygu and his Egyptian counterpart signed an agreement in November 2017, allowing Russian fighter jets to use Egyptian air bases. This development was a demonstration that Russia has a serious impact on Egypt, which is also one of the U.S.’s most important allies in the Middle East. Reports and analyses in U.S. media after the agreement stress that Russia had made its greatest impact in the Middle East since the 1970s. The Trump administration was also criticized for not doing enough to stop Russia’s strategic advance in the Middle East.

In lights of these developments, Pence’s visit to Egypt in the coming days is very important. The shift by Egypt, which is historically one of the most important U.S. partners in the Middle East, to Russia has created concern for Washington. U.S. decision makers aim to prevent Egyptian-Russian rapprochement from continuing further by employing new instruments. By doing so, Washington would prevent the rising influence of Russia in the Middle East. However, the Trump administration seems to have limited options. While Trump has been trying to contain challenges domestically, his Middle Eastern allies such as Saudi Arabia and the United Arab Emirates are far from reaching substantial results in their campaigns in the region. Furthermore, the growing public reaction to Israel’s politics in the Middle East is also a source of concern for the Trump administration. Considering all these challenges, it should be questioned to what extent Pence’s visit to the Middle East will serve the goal of turning a new page in the U.S.’s regional policy.

Repeating the same mistakes of Iraq invasion in Syria
Previous

NATO belittles Turkey's security concerns on Syria border
Next
Loading...
Loading...
We use cookies to ensure that we give you the best experience on our website. If you continue to use this site we will assume that you are happy with it.Ok