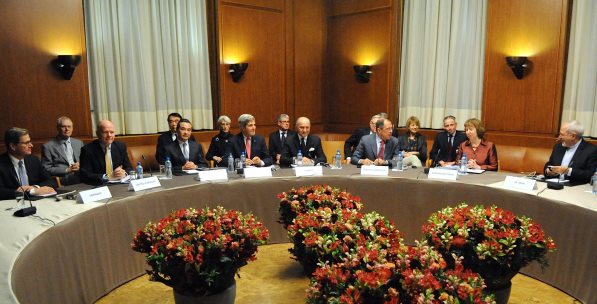 Unless the US immediately broadens its perspective, there will be no guarantees that the new agreement with Iran will not suffer the same fate the Tehran agreement Turkey and Brazil achieved three years ago.

The Western actors have finally reached a preliminary deal on Iran’s nuclear program. The American government, which has not taken any position other than utter indecisiveness on almost all issues relating to the Middle East for the last few years, announced the preliminary deal as if it were “a victory”.

As a matter of fact, a similar deal on Iran’s nuclear program had already been reached three years ago. That was the first time the Islamic Republic of Iran had signed an international treaty after the revolution. I had commented on this Turkey-initiated treaty which had come to be known as the “Tehran Treaty” on Foreign Policy’s website: “Turkey and Brazil brought the IAEA’s offer to the Iranians once again. Iran agreed to the Vienna Group’s former offer by accepting that Iran give 1,200 kilograms of its low enriched uranium (LEU) to Turkey. This step was considered a very serious one by specialists closely following the nuclear negotiations. But instead of responding positively to the agreement, the US seems fixated on making sanctions against Iran a reality. In order to render this agreement irrelevant, questions were raised on a number of issues.”

Unfortunately, the 2010 Tehran treaty, despite having all of its phases specified, was received negatively and dismissed too readily by the United States. Upon the U.S.’s rejection of the Tehran treaty, Turkey voted no at the UNSC for the sanctions on Iran. The preliminary deal the U.S. seems to be celebrating now is nothing but the actualization of a disguised version of the Tehran Treaty, with a three-year delay. At the bottom of the lost three years is the lack of broad perspective of and long term vision for the region on the part of the United States, as well as a manifestation of its signature indecisiveness.

Another important issue at stake is that the United States and the West in general did not hesitate to place the nuclear issue at the bottom of all their relations with Iran. However, for the region, this is neither the most fundamental issue, nor the only problem. The problem of a possible nuclear Iran is no different than the problem of an existing nuclear Israel. The regional actors’ relations with Iran are shaped by the problems of Iraq, Syria, Lebanon and Palestine. As such, for the regional actors, it is clear that Iran is also complacent in the United States’ attempt to turn the Syrian crisis into an issue of chemical disarmament. Unless the US immediately broadens its perspective-whether in relation to Iran or any other country, whether about nuclear weapons or any other issue-there will be no guarantees that the new agreement with Iran will not suffer the same fate the Tehran agreement Turkey and Brazil achieved three years ago. We can only hope that is not the case.

The Erdoğan Momentum' and the Kurdish Question
Previous