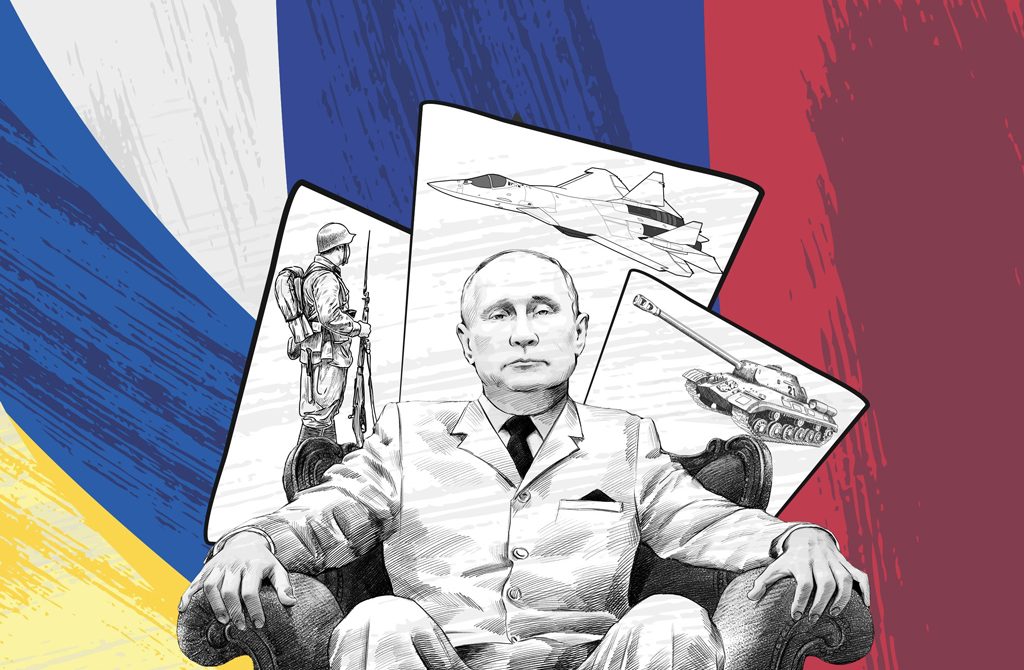 A new phase in the Ukrainian crisis

Following the televised address on Feb. 21 made by Russian President Vladimir Putin, the Ukrainian crisis has entered a new phase. This speech will not only change the balance of power on the ground in the Ukrainian crisis but also the pace of the global rivalry and potential conflict between the West and the others.

In the speech, Putin declared that Russia has officially recognized “the independence and sovereignty of the Donetsk People’s Republic (DPR) and the Luhansk People’s Republic (LNR),” the de facto political entities created by pro-Russian secessionists in the Donbass region. In spite of all the warnings made by Western leaders, Putin signed the recognition decree on live broadcast in order to show the world that he will not take a step backward in the Ukrainian crisis.

There are several possible implications of this political move. First of all, it will pave the way for Putin to send military troops to the front line to help the Moscow-backed secessionists against Ukrainian forces. It will also consolidate the Russian gains of 2014, that is, the breakaway of the Donbass region and the illegal annexation of the Crimean Peninsula. At this point, Putin will force other related countries to recognize this fait accompli.

Second, Putin will attempt to make further gains. One of the options that Russia may take into consideration is connecting the Donbass region with the Crimean Peninsula. Thus, Moscow wants to bring the Sea of Azov completely under Russian domination, which will contribute to the security of Russian-controlled Crimea. This also means that Russia will consolidate its presence in the Black Sea basin, not only against NATO but also against all coastal states, including Turkey.

Third, this move will serve Putin’s longtime objective of integrating “all Russians” under one flag. Putin considers Russians and Ukrainians as “one people” with “the same historical and spiritual space” in an article published last July, entitled “On the Historical Unity of Russians and Ukrainians.” In his article, Putin clearly asserts that he is open to dialogue with a Ukraine that does not serve outside actors’ interests. He warns that all pro-Western Ukrainian leaders are serving as a “tool of someone else’s hands” to fight against Russia and only pro-Russians are the true leaders of Ukraine. In other words, Putin is trying to realize his claim that the “Ukrainian future does not rest within the NATO alliance or the EU membership, but in partnership with Russia.”

Fourth, other countries such as China may follow Russia and take similar steps. This move can be interpreted as yet another nail hammered in the coffin of the “nation-state system.” Neither Western countries, the founders of the current international system represented by the United Nations, nor non-Western countries respect the “sacred” and “untouchable” principles of the international system such as territorial sovereignty and political independence.

As a matter of fact, the policies of Western countries pave the way for states such as Russia, China and India to violate these principles. For instance, the United States officially recognized the Israeli illegal annexation of the Golan Heights, which belongs to Syria, and the occupation of East Jerusalem, which is defined as an “occupied territory” by the U.N. Similarly, India has terminated the internationally recognized special status of Jammu-Kashmir and opened the region to its Hindu population. As everyone knows, China has similar claims regarding Taiwan.

All in all, since Western countries increasingly depend on realpolitik and fait accompli in their foreign policies, they have lost their moral superiority and can no longer force or motivate other states to abide by international rules and norms. Hegemonic states such as the U.S., Western European countries and rising powers such as Russia and China will continue to push the limits. Unfortunately, neither side respects the territorial integrity and political independence of smaller or weaker states. It seems that all these developments and expectations will continue to damage the international system and will force all great powers to intensify the global rivalry, which will lead to a new Cold War and chaos on a global scale.

Turkey Is an Afro-Eurasian State
Next
Loading...
Loading...
We use cookies to ensure that we give you the best experience on our website. If you continue to use this site we will assume that you are happy with it.Ok