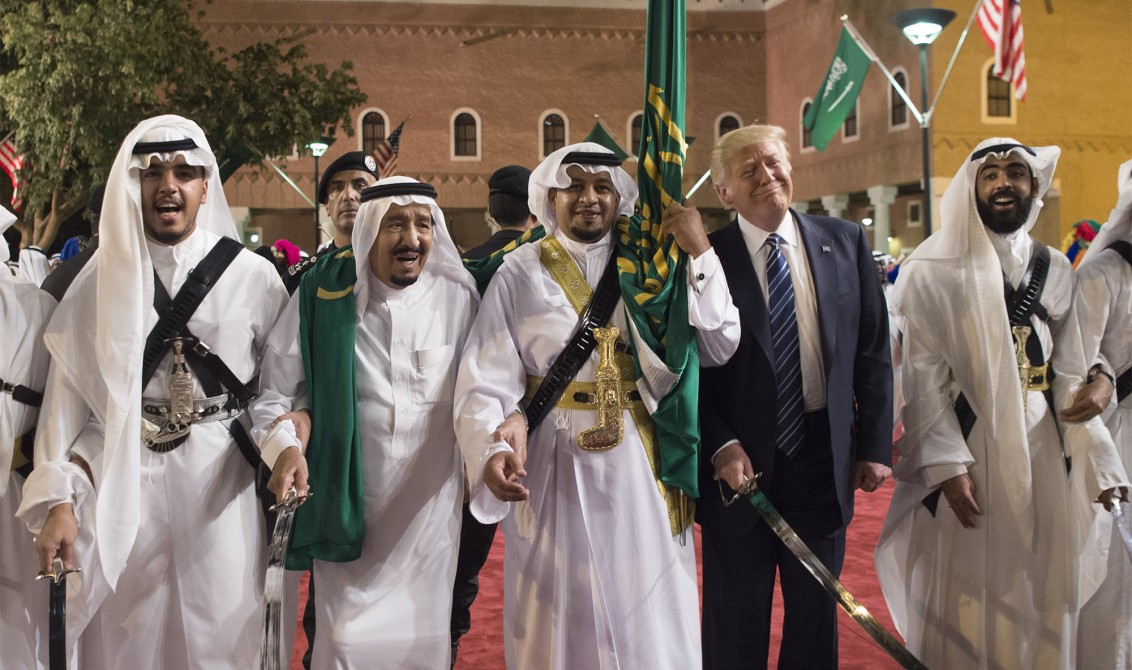 A Comeback for Moderate Islam in the Middle East?

The reappearance of discourse on ‘moderate Islam', possibly with on the U.S. administration's request, cannot be a solution in the fight against extremism

Had ‘moderate Islam’ an initiative by the United States, not run aground, why would anyone want to revive it? I am talking, of course, about Saudi Crown Prince Mohammed bin Salman’s recent pledge to promote moderate Islam in order to combat extremism. After all, political developments and violent conflicts in the Middle East tend to go hand-in-hand with corresponding trends in public discourse. As such, it is no unimportant development that an obsolete concept, moderate Islam, is making a comeback. The Middle East is now home to the emergence of a new trend, as the United States in cooperation with Israel, Egypt and the Gulf countries seek to lay the ideological groundwork for an impending fight against the Shiite militias that have been an active component of Iranian expansionism.At first, one could easily mistake the crown prince’s statements about moderate Islam as an effort by Riyadh, whose economy was hit by a decline in oil revenues, to attract new investors and repair its public image. Since the 9/11 terrorist attacks, the world had been blaming the rise of Sunni-Salafi radicalism on Saudi Arabia’s Wahhabi interpretation of Islam. As a matter of fact, the charges against Riyadh translated into concrete steps in the final months of former U.S. President Barack Obama’s tenure. In April 2016, the possibility of Congress passing a bill that would place Saudi financial assets at risk in the U.S. had escalated tensions between Washington and Riyadh. Keeping in mind the Saudi crown prince’s Vision 2030, it is pretty clear that he would like to subject the country’s ultra-conservative Wahhabi ideology to socio-economic transformation, which suggests that Saudi Arabia will probably build its messaging strategy around its quest to promote a type of Islam that is compatible with the West and the rest of the world.

First and foremost, all the talk about moderate Islam in Saudi Arabia will translate into certain steps toward liberalization in social life, including the lifting of a ban on women driving, new regulations to curb the religious police and not enforcing the dress code for women in certain parts of the country. However, it should be clear that these steps do not qualify as democratization. The Arab Spring, after all, had established beyond doubt that Gulf countries, as advocates of the status quo, were deeply frustrated with the democratic trends in the region.

Crown Prince Salman, in all fairness, does not go to great lengths to conceal his motives for talking about moderate Islam. In an interview with The Guardian, he explicitly blamed the radicalization of Wahhabi ideology, which he says he would like to transform, on the Iranian revolution of 1979, and argued that successive leaders “didn’t know how to deal with it.” In other words, he makes the case that radicalization was actually caused by Iran, the Revolutionary Guards and Shiite militias.

What he said almost inevitably takes one back to U.S. President Donald Trump’s statement while he was in Riyadh, where he talked about the necessity of combating Sunni and Shiite extremism together. The same point was made in Trump’s new Iran strategy. As a matter of fact, CIA Director Mike Pompeo recently added that Iran’s ties to al-Qaida are an open secret. Add to the mix recent statements by Secretary of State Rex Tillerson, who has been calling on the Shiite militias in Iraq to go home, and you get the full picture that the chatter about moderate Islam is nothing but an ideological instrument to contain Iran.

An extension of the Trump administration’s agenda to combat extremism, the revival of moderate Islam discourse, however, lacks the due legitimacy necessary to either fight extremists or contain Iran and the Shiite militias.

(Dis)advantages of the Iran Nuclear Deal for the US
Next
Loading...
Loading...
We use cookies to ensure that we give you the best experience on our website. If you continue to use this site we will assume that you are happy with it.Ok