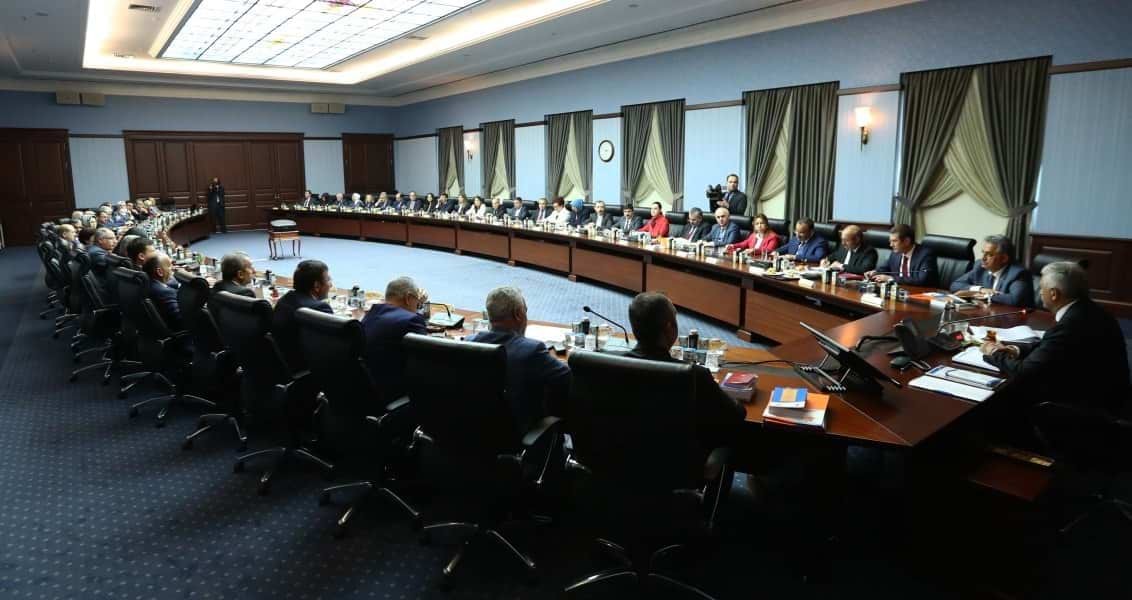 A Busy Month of May in Turkey

The April 16 constitutional referendum did not lower the tensions in Turkish politics. President Recep Tayyip Erdoğan will travel to India, Russia, China, Belgium and the U.S. in the coming weeks.

The April 16 constitutional referendum did not lower the tensions in Turkish politics. President Recep Tayyip Erdoğan will travel to India, Russia, China, Belgium and the U.S. in the coming weeks. Meanwhile, the Parliamentary Assembly of the Council of Europe (PACE) voted in favor of reopening the monitoring procedure against Turkey, as the Turks launched airstrikes against PKK positions in Syria and Iraq. Finally, thousands of undercover Gülenist Terror Group (FETÖ) operatives within the Turkish National Police were suspended earlier this week. Moving forward, President Erdoğan’s return to the Justice and Development Party (AK Party) and the Republican People’s Party’s (CHP) potential adoption of extra-parliamentary methods will be important developments.

Keeping in mind that the above issues will remain prominent until the 2019 elections, it is safe to assume that the developments over the next month will forebode the future of Turkish politics. It is unsurprising, therefore, that various players who eagerly awaited the referendum results have been revisiting their positions.

Of course, European governments will continue to mount pressure on Turkey citing democracy and the rule of law – at least until the German elections are over. Unfortunately, we will have to wait until European institutions, which have been reciting the talking points of the PKK and FETÖ, turn to moderate voices who are capable of making long-term, strategic decisions. If Turkey’s EU membership bid is suspended before the transition period is over, however, the relationship could end up somewhere completely different.

Having failed to support Turkey’s democracy and stability – on top of openly supporting terrorist organizations – the EU risks losing an important ally. It is important for European leaders to remember that this isn’t the 1990s and the world isn’t celebrating the victory of liberal democracy over communism anymore. They should also keep in mind that the U.S. doesn’t seek to become the champion of liberal democracy in the world.

U.S. President Donald Trump remains at war with the Washington establishment. Meanwhile, Russia has become a more prominent power in Europe and the Middle East by engaging in Syria and Ukraine militarily. Again, euroskeptics – once a marginal group – has become more and more popular across Europe.

Although Turkey experienced some level of political turmoil since 2013, it is important to recall that the country is much more powerful than 20 years ago. Despite dealing with the negative side effects of regional and global disorder, Turks have preserved their political stability. Having scored a historic victory in the referendum, President Erdoğan will meet with world leaders to enter into negotiations on foreign policy and international security.

However, the fact that Turkey targeted PKK positions in Syria and Iraq ahead of the president’s Sochi and Washington trips proves that the Turks aren’t just looking to negotiate with their counterparts. Meanwhile, U.S. and Russian officials are concerned that the Turkish airstrikes marked the beginning of a broader military campaign.

One thing is clear: Based on their experiences, the Turkish government knows that diplomatic negotiations alone are not enough to address the national security threats lurking across Turkey’s southeastern border. Policymakers in Ankara understand that Turkey must use hard power to maintain its presence in Syria and Iraq. Meanwhile, Turkey remains committed to combatting the PKK within its borders – whether the world supports the campaign or not.

Faced with serious challenges abroad, the government wants to consolidate its domestic audience. Moving forward, Turkey must ramp up the counterterrorism campaign while making the legal changes required by the presidential system. President Erdoğan’s return to the party he founded will entail an outreach campaign designed to preserve the movement’s alliances with key groups and win over new voters.

Turkey and India: Tale of Two Rising Powers
Next
Loading...
Loading...
We use cookies to ensure that we give you the best experience on our website. If you continue to use this site we will assume that you are happy with it.Ok