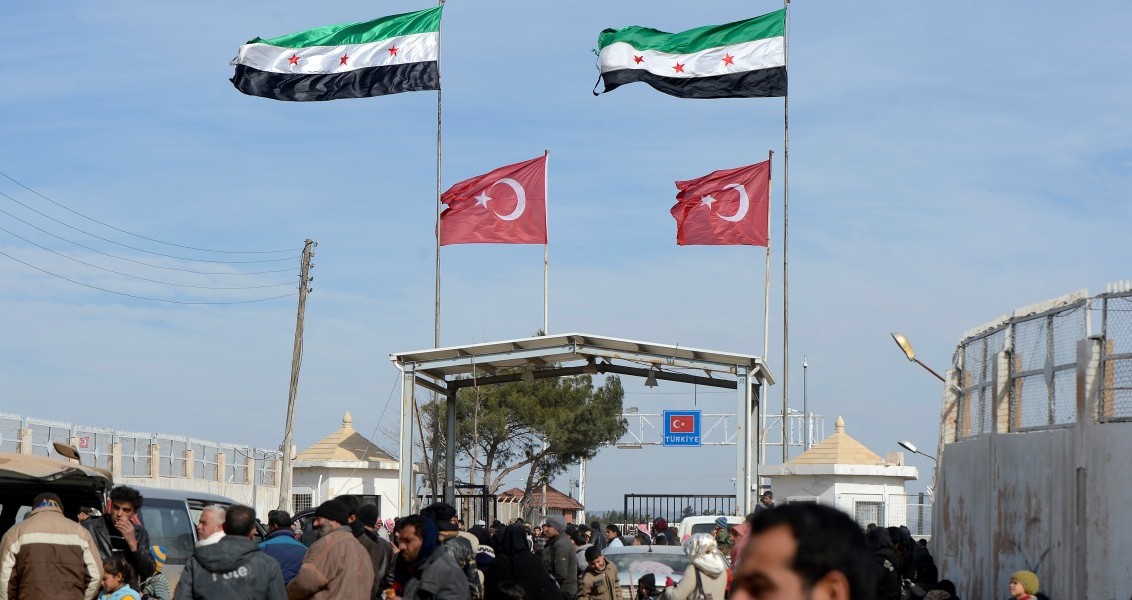 What Will Turkey’s Syria Strategy Be?

The words "We ask God to rescue us from this suffering. I'm 53 years old and have seen enough.

The words “We ask God to rescue us from this suffering. I’m 53 years old and have seen enough. I don’t want to reach 60 and see worse than this,” belong to Michel Abou Yousef, from the documentary “Death of Aleppo,” filmed by Al-Jazeera World in the fourth year of the Syria crisis. Muhammad Hubbo, a primary school student who speaks in the same documentary about the murders of his friends and the bombing of his house by regime forces, describes one of the daily problems he faces: “We have electricity for an hour and then nothing for eight hours to two days. Sometimes they fix it and sometimes they don’t. We don’t care much about the lack of electricity, but we do need water. If we don’t have water we have to travel long distances to get it.”Almost a year has passed since these people described their situation. We have no information on what happened to Yousef or Hubbo. The Russian airstrikes that have gone on since Sept. 30, 2015 have made the destruction in Syria even worse. And although Russia had said that its intention was to fight against DAESH, we see that fighting DAESH was never actually a particular for Russia.

When considering the Russian airstrikes, we see that they have never reached DAESH-controlled territory, that only certain DAESH targets are hit in order to support the Democratic Union Party’ (PYD) armed People’s Protection Units (YPG) and that otherwise, it is usually the moderate opposition forces, with the Free Syrian Army being foremost among them, who are bombed from the air. The reason for this is Russia’s aim to keep Syria’s Bashar Assad in power for its own strategic priorities. Within this, we see that while Russia is expending effort to cut Turkey off from Aleppo and it is also attempting to form a PYD-PKK corridor along Turkey’s southern border.

With the developments in Syria, conversations have begun about the potential fall of Aleppo and the possible formation of a “PYD corridor” ranging from Qamishli to Afrin in northern Syria, flaming the fires of the debates about what Ankara’s attitude will be. Undoubtedly, the first question on everyone’s mind is whether or not Turkey will intervene militarily in Syria.

What kind of an attitude can Ankara have in an environment in which Geneva III has entered an impasse, where Russia and Iran have dug in, where DAESH has consolidated its hegemony, where the PKK in Turkey and PYD in Syria are attempting to become a state on Turkey’s southern border and where a de facto divided Syria has appeared?

Above all else, it must be noticed that Ankara does not evaluate the goings on in Syria with just a foreign policy sensibility. The PYD seizing the Jarablous-Azaz line with Russian support and Aleppo’s falling into the hands of the Assad regime, again with Russian support, are evaluated by Ankara as domestic policy issues directly.

Currently, Turkey provides shelter to 2.7 million Syrian refugees. Nearly 2 million Syrian refugees are expected in the case of Aleppo’s fall. President Recep Tayyip Erdoğan has said that no matter what, “Turkey will open its doors to people fleeing from the tyranny of the Assad regime.” Just the presence of Syrian refugees in Turkey makes Ankara’s interest in Syria legitimate. Until today, Turkey has spent $9 billion directly from the state budget on Syrian refugees. The potential of the amount of refugees doubling would not only raise these costs, it could also bring with its new problems in the area of politics and culture.

Alongside this, with Turkey’s southern border falling into the hands of a terrorist organization that the state has been fighting against for the past 35 years within its own borders would bring with it new security problems for Turkey. The Syrian civil war and the PYD gaining the opportunity to form cantons in northern Syria have already birthed the problem of Turkey facing PKK-centered terror attacks within its borders. The PKK abandoned the reconciliation process by latching on to the “Rojava revolution” discourse and began fighting against the Turkish state again. In this new period, the PKK aimed to make cantons out of cities in Turkey just as in northern Syria, but has been unable to reach this goal. The state began a comprehensive military operation against the PKK and has driven it into a corner. In the near future, the likelihood of the state’s attitude toward the PKK hardening and being reflected on the operations it leads is very high.

On the other hand, some actors in Turkey – socio-religiously Alevi and politically of a radical leftist ideology -have regarded the Syrian crisis as a new occasion for political uprising and to form a new organized structure. The existence of the Syrian civil war and Turkey’s attitude toward the Assad regime has stiffened these radical leftist organization’s attitudes toward the Turkish state and administration. Reaching its zenith during the Gezi Park protests, this period has caused a narrowing of the democratic political arena in Turkey, in contrast to dogmatic evaluations.

A potential Turkish military intervention in Syria is but one of the possibilities on the table. However, Ankara is still resisting this option. Ankara’s main proposal for the region to establish a “safe zone” for refugees clear of terrorism as well as a no-fly zone. Erdoğan also makes the promise that Turkish construction companies would develop the no-terrorism safe zone. At this point, with the exception of the safe zone and no-fly zone, there are no realist and peaceful proposals for the region.

Those who regard the Syrian civil war as a regional one are deluded. This crisis is global, and it is gradually deepening. The U.S., by shutting its eyes to Russia’s irredentism and by not taking any initiative to really save the day, is doing nothing but letting fanaticism rise and allowing the reality of horrible humanitarian crises and divided states to continue.

A Turkish Intervention in Syria?
Previous