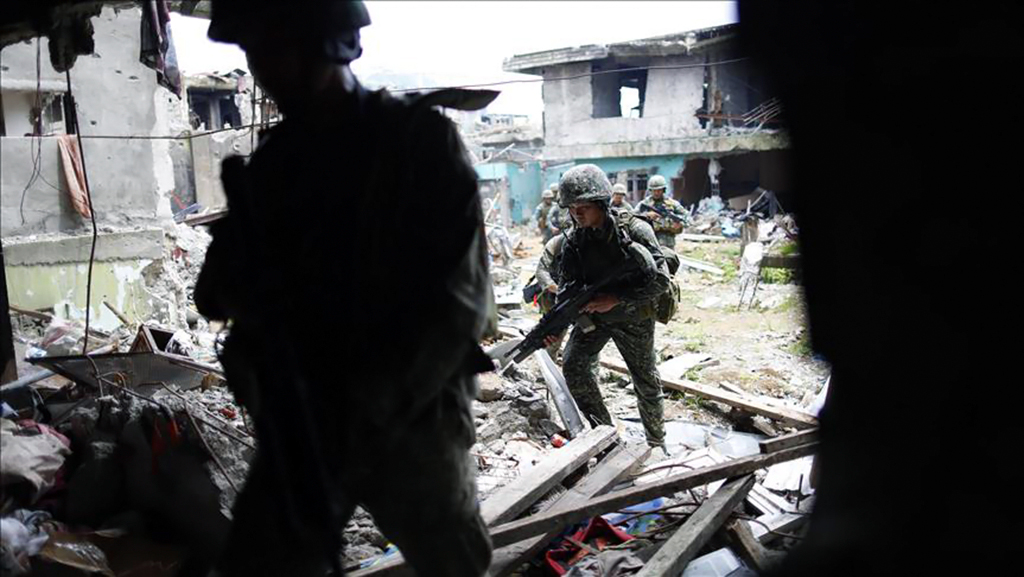 Daesh will continue to be a challenge

American President Donald Trump is getting ready to declare the "victory" of the anti-Daesh coalition in Syria and Iraq.

American President Donald Trump is getting ready to declare the “victory” of the anti-Daesh coalition in Syria and Iraq. The terrorist organization will eventually lose all the territories that they previously controlled. The military aspect of the coalition forces’ struggle against Daesh can be considered as a success story but to what extent the coalition partners consider this success as the ultimate result of the struggle or the beginning of the new phase in the fight against Daesh is a significant decision. Whether it is going to be the end of the terrorist organization or it will turn into the beginning of a new and more complicated problem is the central question for analysts and policymakers.

It seems that the outcome will be somewhere in between those two options. In any case, the worst decision may be to abandon or neglect the struggle against Daesh completely. U.S. Secretary of State Mike Pompeo said that “our struggle will not end but change shape” and we do not have a clear idea about the U.S. strategy against Daesh for the moment, but the Europeans are more confused about how to deal with the challenge. They do not have a coherent plan on how to handle Daesh militants that were captured in Syria and Iraq who are their citizens. They have been focusing on prevention strategies against homegrown radicalism and extremism, but the borders can hardly be sealed. What will happen to these returnees is another critical question for Europeans and other countries.

Terrorist organizations do not just disappear or vanish entirely, they instead transform into different entities. Terrorist organizations may transform into legitimate political actors; they may diffuse and dissolve within society or turn into other smaller terrorist organizations. Experienced militants may join other terrorist organizations, or they may join other struggles that may be close to their former causes. Some of the remaining elements may turn into crime networks or may be protected by some intelligence units. Daesh controlled a territory, which had their armed factions, ulama (religious authorities) and administrative units; Daesh is a sophisticated entity which has militants and sympathizers all over the world. Failed and dysfunctional states and rogue states are important domains for the survival of fragmented terror networks like Daesh. Some actors may consider Daesh as an opportunity. Experience in dealing with such a widespread and complicated network like Daesh is minimal.

The terrorist organization has lost almost all the territories it controls. The devastation that was the residue of Daesh is still haunting Iraq, Syria, Libya and other places. The organization formed alliances with smaller militant groups as well as intelligence units. The terrorists who survived may be even more dangerous; they have the knowledge, know-how, experience and existing ties and relations. This struggle may be challenging since they are fragmented and the militants can be difficult to track.

More importantly, if the setting, political, economic and social environment that led to the rapid expansion of the organization is not fixed this may generate more complicated problems in the future. Iraq’s post-invasion situation and the complete disenfranchisement of the Sunnis facilitated the rapid spread of Daesh. The political environment in Iraq is still prone to further challenges. The situation in Syria is even worse. The Assad regime survived eight years of civil war that devastated the country, but the Syrian regime neither has the capacity nor the legitimacy to control the country. The regime can only survive if it has external backing and if it forms coalitions with some militia groups in Syria. Assad may consider making deals with militant groups rather than completely struggling against them. The Assad regime may keep some Daesh elements for the survival of the regime. If no acceptable political transition is offered to opposition groups or the Syrians that are affiliated with the opposition, they may join the extremist groups.

We are at a critical juncture, and what will be decided as the strategy to deal with Daesh and its residues today may either lead to normalization of the political context and lead to reintegration, and/or the political reconciliation process will turn into the seeds of a cycle of a new operation. Political means to engage the problem are insufficient; economic development and social reconciliation needs to be designed to balance the tension.

Regional actors should work together to deal with such a significant challenge. The ecosystem that generated the quagmire needs to be managed collaboratively. Turkey, Iran, Iraq, Saudi Arabia and even Syria are subject to a similar challenge. It is doubtful that those actors may have a joint strategy against terrorist groups any time soon. This may reduce the chances of dealing with the terrorist groups in the region.
[Daily Sabah, 21 February 2019]
Share

A post-Daesh strategy without Turkey is unrealistic
Previous